Teachers at Winterbourne International Academy (WIA) held a massive picket on Thursday of last week during a one-day walkout.

The NUT and NASUWT union members at the school in South Gloucestershire are in dispute over their treatment by the school’s chief executive principal.

Workers say that boss Beverley Martin has blamed them for criticisms made of the school by hated inspectorate Ofsted.

In a joint statement, the unions said Martin had described workers as “lazy” and “unprofessional”.

The strike had a big impact—closing the school to children in year seven, eight and nine.

Unions have previously said they plan six days of strikes throughout September. 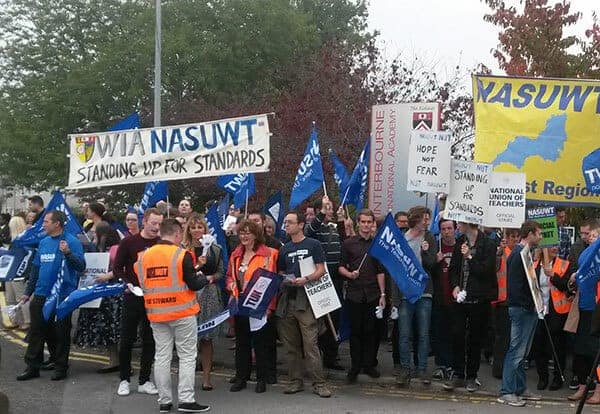