‘Biggest meetings for many years’

This article is over 18 years, 2 months old
CIVIL SERVANTS have been packing into meetings the length and breadth of Britain.
Downloading PDF. Please wait...
Saturday 15 November 2003

CIVIL SERVANTS have been packing into meetings the length and breadth of Britain.

The PCS union’s national pay campaign was launched at an 800-strong meeting in central London and over 30 other meetings have followed.

Around 250 civil servants met in Leeds, 230 in Norwich and 150 in Sheffield. Civil servants are angry about low pay, attempts to increase their retirement age and government caps on any pay increase this year.

The size of the meetings around the country shows the mood to fight. They are the biggest meetings in the civil service for over 15 years.

The union is gearing up to confront the government.

Almost 300,000 PCS members will vote on the return to national pay bargaining at the end of this month. The civil service is currently split into 170 bargaining units.

The government has used the divisions to drive down pay.

Some 85,000 workers at the Department for Work and Pensions (DWP) are voting on their pay offer.

If it is rejected it could lead to a confrontation with the government. Sue Bond, the PCS vice-president, told Socialist Worker, ‘All of the meetings went very well. We need to keep up the momentum.’

Phil Pardoe, a member of the PCS group executive committee for the DWP, says, ‘It’s not just the rallies that have shown the mood of civil servants. I’ve been doing a lot of meetings in local offices about the DWP pay ballot. They have all been fantastically well attended-and very militant. I’ve been getting e-mails from across the country saying that it’s the same everywhere-Leeds, Cardiff, Stoke, Exeter, the south coast.

‘We are also recruiting loads of new members to the union. We held a very successful meeting in the Office of Government Commerce just outside Norwich,’ says Julie Bremner.

‘Some 80 people came to the meeting which also included people from the DWP call centre across the road and Customs and Excise. The meeting was held during work time. It was the first time we have met jointly. There was a meeting of 150 at the same time in the town centre.’

Civil servants have elected a left wing leadership in the union. Now that mood must be turned into action. 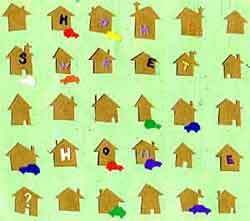 Firefighters need your support – turn the heat on Blair