This article is over 9 years, 4 months old
Over 100 refuse workers struck on Friday of last week and Monday of this week at two Doncaster depots.
Downloading PDF. Please wait...
Tuesday 25 September 2012

Over 100 refuse workers struck on Friday of last week and Monday of this week at two Doncaster depots.

They are demanding a £1 per hour pay rise to match colleagues who do the same job in nearby Kirklees. They are members of the Unite union employed by contractor Sita.

The mass pickets were incredibly confident on Friday morning, and gave a warm welcome to reps from the Unison union who went on a solidarity visit. At the Whittington Street depot workers blocked the road to prevent bosses taking out bin wagons with scab drivers.

More strikes had been planned for the next two Fridays and Mondays. Now workers have given notice to begin an indefinite strike on Friday of this week.

A third depot is being used for scabbing operations—but many workers there would not cross a picket line, however unofficial. To win, the action needs to spread. 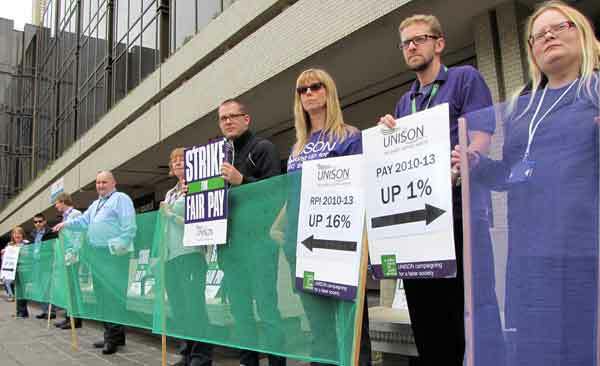 Day of action in Portsmouth over local government pay 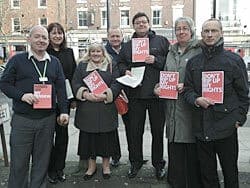 BBC workers to strike against pension robbery - and Tories