This article is over 14 years, 0 months old
Thousands of council workers in Birmingham are balloting for strike action against the imposition of their single status pay deal.
Downloading PDF. Please wait...
Tuesday 22 January 2008

Thousands of council workers in Birmingham are balloting for strike action against the imposition of their single status pay deal.

Some of the council’s lowest paid workers are having their wages slashed.

Workers in the Unison, Unite, Ucatt and GMB unions are all being balloted.

In Birmingham, as in other places, large sections of the workforce are suffering pay cuts, supposedly to fund equal pay for women who have suffered years of discrimination.

Yet at the same time the city council is refusing to give those women the full six years’ back pay they are entitled to.

The council admits that 12 percent of the workforce will see their wages cut.

But this does not take into account those whose working week is being extended – a wage cut by other means.

Despite threats of the sack, up to 70 percent of workers have not signed new contracts.

And workers report lively meetings across the council to discuss the ballot.

Voting closes on Friday of this week. A strike is likely for Tuesday 5 February. 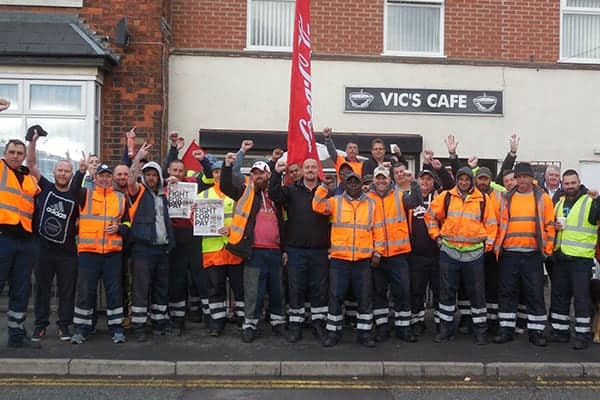