Thousands of workers at Birmingham City Council, the biggest local authority in Britain, are resolutely resisting their employer’s attempt to cut low paid women workers’ wages in the name of equal pay.

The workers in the Unison, Unite, Ucatt and GMB unions are set to strike on Tuesday of next week against their single status deals.

These deals were claimed to deliver a common pay scale for all jobs and harmonisation of conditions. The Labour government has refused to give local authorities the funds to pay for the deal.

So councils across the country are cutting other workers wages and slashing services. In Birmingham thousands are losing money. The council is also refusing to give women workers the full six years’ back pay they are entitled to.

The council admits that at least 12 percent of the workforce will see their wages cut. But this does not take into account those whose working week is being extended – a wage cut by other means.

Caroline Johnson, Birmingham Unison assistant branch secretary said, “The council has given us very little option but to strike. Not only does this deal not deliver equal pay, it also means thousands of people see cuts in their pay.

“The introduction of flexibility and performance related pay are too much for Birmingham council workers to bear.

“Over the last year we’ve held hundreds of workplace meetings and our members have been unanimous in their call for the seven grade structure and new contracts to be withdrawn.

“We are now calling on every trade union member in the city council to stand together. Care workers, refuse collectors and committee clerks should stand shoulder to shoulder on the picket lines.”

The deal means 110 women will lose more than £10,000 each. There are twice as many women as men facing pay cuts.

While the council claims it can’t pay its workers, it has given the Capita consultancy company £20 million in fees and expenses since April 2005.

One mother of three, who works at a city council neighbourhood office, told Socialist Worker that she could not afford to lose £2,500 a year.

A female admin worker, who, after 31 years at the council, is set to lose £17,000 a year, told Socialist Worker, “Everyone is determined to force the council to back down.”

There is unity across the council among men and women, and manual and non-manual workers. Those losing money and those the council claim are winning are fighting together.

Refuse worker Wayne Edwards told Socialist Worker, “We were told we would be losing £68 a week, which is totally unacceptable.

“But the top earners at this council will not be losing out. If anything, they should lead by example and be prepared to take a pay cut. Nobody can afford to have money taken off them in this immoral way.”

The strike in Birmingham should become the national focus for getting equal and fair pay across local government.

Strikers also need solidarity from other trade unionists. One opportunity to give that is to join the rally on Tuesday 5 February, 12 noon, Council House, Victoria Square, Birmingham.

Workers at Argyll and Bute council in Scotland escalated the fight against their single status deal to selective strike action on Tuesday.

Over 2,000 workers in the Unison, the GMB and Unite unions at East Lothian council are balloting over single status. 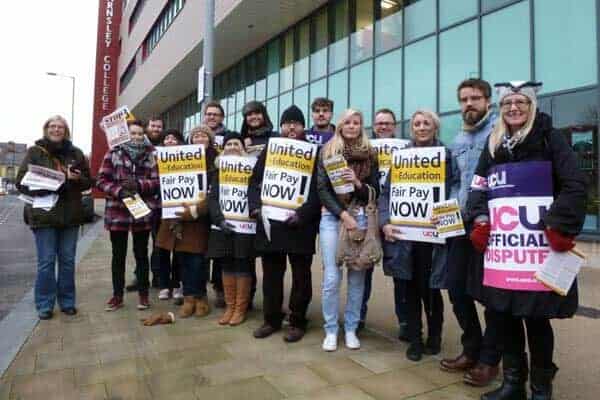