Wild tales circulate about a group of schools in Birmingham. The “Trojan Horse” letter made public earlier this year alleged a “Muslim plot” to take over several schools in the city. Newspapers claimed that some schools, such as Oldknow Academy, “banned” Christmas.

But a local parent told Socialist Worker that the claim is “rubbish” and that children are not segregated. Shabina Bano has two daughters at the school. She says, “The children did celebrate Christmas. The older children had a Christmas competition while others made gifts.

“I was flabbergasted to hear the comments reported about the school. I could not find a single parent who backed them up. They made it sound like we’re breeding terrorists.”

Reports alleged that girls and boys were segregated. Shabina said, “Girls and boys are not segregated–except in PE where they have separate changing rooms.” 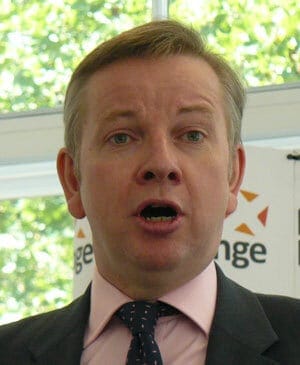 Aminah Munzoor, a 14 year old student in another of the affected schools, said this frightened her. “It would be so intimidating to be in a classroom while someone like that is watching you,” she told Socialist Worker.

“If you’re Muslim, you start thinking, ‘Am I a bad person?’. There is a lot of racism and this could lead to fights.”

Ofsted is due to publish its reports into schools affected in the second week of June. Oldknow was rated outstanding after an inspection last year. Now parents worry that it will be downgraded.

“Ofsted came in with an aggressive approach,” said Shabina. “It was patronising. Small Heath is a deprived area and many parents don’t speak English. So the Ofsted inspector was speaking very loudly. The questions confused and worried parents because they implied that children were at risk.

“The inspector said, ‘I’m here because your school has not implemented the Prevent strategy’. But that’s not statutory.”

The Prevent strategy, first drawn up by Labour, encourages schools to refer Muslims who show signs of “radicalisation” to the authorities. It claims to stop terrorism but it’s real effect is to whip up racism.

“Radicalisation” can mean opposing wars and questioning “British values”. Children as young as nine have been referred.

Shabina said, “We’ve had press outside the school gates for weeks. Year six children were doing their Sats tests last week—and had to pass reporters on their way into school.

“They ask questions using words such as ‘radicalisation’ or ‘extremism’. The children had never heard those words before.”

Right wingers regularly bemoan Muslims and other minorities for “failing to integrate”.

But as Shabina explained, the latest racist backlash has just put up more barriers. “It’s upset me,” she said. “We’ve done so much to try and integrate our children and we want them to mix with others. All this is doing is isolating them.”