Bosses suspended Simon in January after he helped lead a series of strikes to stop the school becoming an academy.

Pickets chanted, “We want Simon back” and “Lift Simon’s suspension” as passing vehicles tooted their support.

“But members are solid and prepared to continue until Simon is reinstated.”

Previous strikes forced bosses to retreat on plans to turn the school into an academy and impose 71 job cuts.

Simon’s suspension is part of a drive to weaken union organisation so bosses can get their changes through. As one striker put it, “It’s part of a bigger picture.

“It will be catastrophic if they get their way—for staff, the area and the children.”

Another said, “All we’re asking is for Simon’s suspension to be lifted. But management isn’t listening.”

Bosses are on the offensive. Another striker said, “There’s no consultation with us and management keeps bringing in new initiatives. They keep dropping into lessons saying it’s just informal observation. 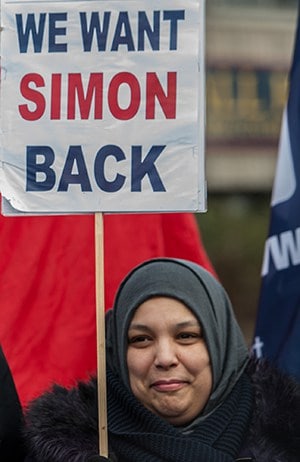 There is strong support for Simon among staff, students and parents (Pic: Guy Smallman)

“And not only have they targeted our NUT rep they’ve also suspended another union member.”

But bosses’ viciousness has made workers more determined to resist.

As one picket said, “I don’t think the head knew what he was getting into. Management thought if they could stop Simon fighting then we’d all stop. They didn’t realise we’d step things up.”

Picket lines were boosted by trade unionists, parents and other campaigners who came to show their support.

One student told Socialist Worker, “I support the strike. Simon’s my English teacher. All the pupils were upset when he went. Most of them signed the petition to reinstate him.”

Parent Falak Naz said, “We want Simon back. The teachers are like parents to my children when they’re in school. They’re all good teachers and we support them.”

Strikers have won widespread support in Birmingham and beyond. But Labour MP Shabana Mahmood earlier this month said they should return to work.

A group of Small Heath teachers met Mahmood last Friday and explained the treatment they face in school and why they are fighting.

Strikers weren’t impressed with Mahmood’s comments. One said, “It was in heartunions week as well! She could have just spoken to us first rather than go public.”

Workers plan another three-day strike from Tuesday of next week if bosses don’t back down.

Winning Simon’s reinstatement is critical to protecting jobs and education at Small Heath. But the battle has wider implications for union rights too.

Every union member at the school, whether NUT, NASUWT or ATL, should get behind the fight to defend him.

The national union must make sure the fight to defend Simon is taken up in schools across Britain.

The pressure on school bosses has to be stepped up quickly.

That means escalation—if necessary indefinite action at the school as well as broader support. 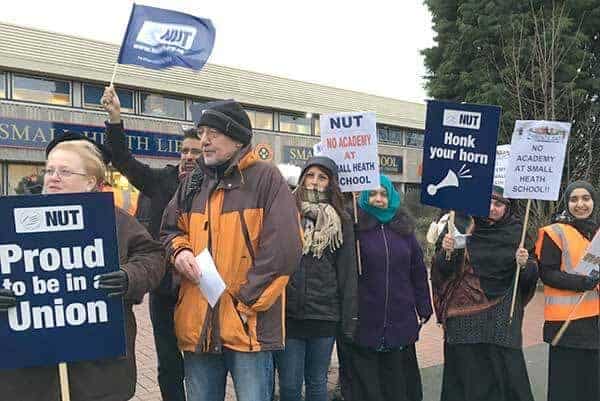 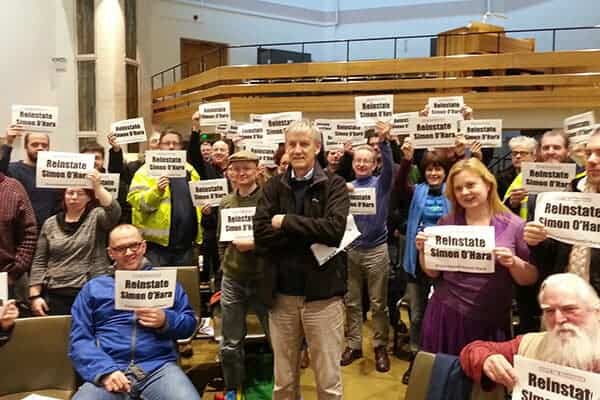 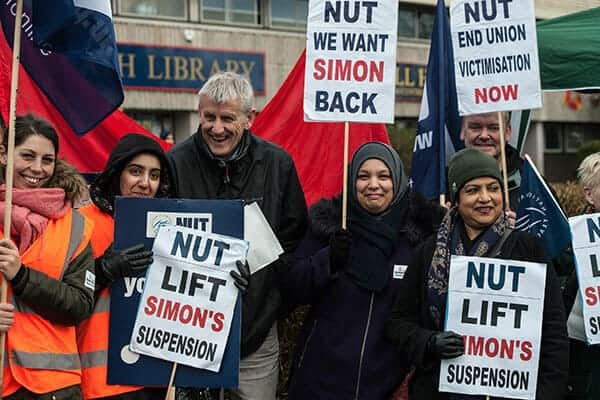