The UCU union has denounced a plan by bosses at Blackburn College to slash jobs while giving top managers more money.

The plans put 29 workers at risk of losing their jobs, with 11 expected to be made redundant by September.

Meanwhile senior managers would get a salary boost to help them avoid paying tax on pension pots.

The UCU said this would apply only to those with pension savings of £1 million. “The change would see the college pay staff extra in salary instead of contributing to their pension,” it said.

The union said the college’s recent accounts show that six senior managers grabbed an annual salary of over £80,000 last year. The highest earner was the principal, who got between £175,000 and £180,000.

Unions say the move has broken a promise bosses made that they would not go ahead with the plans during the coronavirus crisis.

Some 36 jobs are at risk. These include 11 in the apprenticeship team, 12 IT and exam officers and 13 workers in learning services, who look after student wellbeing. Those at risk include student mentors who provide support to vulnerable students.

The UCU has called the attack “outrageous”. 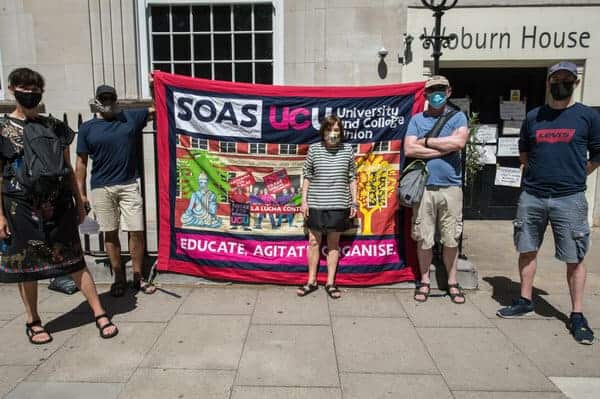