This article is over 17 years, 5 months old
INEQUALITY IN Britain today is much worse than when New Labour came to power—and that’s according to figures from a Blairite think-tank.
Downloading PDF. Please wait...
Saturday 07 August 2004

INEQUALITY IN Britain today is much worse than when New Labour came to power—and that’s according to figures from a Blairite think-tank.

A grim report from the Institute for Public Policy Research (IPPR) published last week shows the gap between rich and poor widening under Blair’s government.

In 1994 the richest 1 percent owned 6 percent of the country’s wealth.

There are four million workers who live on poverty wages today—that’s 300,000 more than in 1997. And some 2.1 million pensioners are living in poverty.

On child poverty, one of Labour’s much-trumpeted policy areas, “the UK still has a shameful record”, according to the think-tank.

One in four children in Britain are in households which live below the breadline. The average across the European Union is one in five. In Denmark the figure is one in 14.

Meanwhile the rich are cracking open the champagne under Labour. The average wages grabbed by executives of Britain’s top 100 companies rocketed by 288 percent over the last ten years.

The health gap between the classes has risen under New Labour. The richest men live an average of five years longer than the poorest. In 1997 the gap was just 2.6 years.

To see the full report go to www.ippr.org.uk 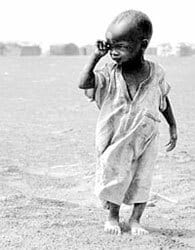 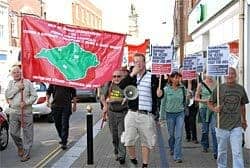