This article is over 11 years, 11 months old
"The decision I took—and frankly would take again—was if there was any possibility that he could develop weapons of mass destruction we should stop him.
By Siân Ruddick
Downloading PDF. Please wait...
Tuesday 02 February 2010

“The decision I took—and frankly would take again—was if there was any possibility that he could develop weapons of mass destruction we should stop him.

“That was my view then and that is my view now.”

Those are the chilling words of mass murderer Tony Blair, giving evidence at the Chilcot inquiry into the Iraq war on Friday last week.

He went on to say that the same logic would mean support for war on Iran. He named Iran 58 times in his testimony.

Blair refused to express any regret for the war. This was an insult to the military families sitting in the public gallery, and the unrepresented millions of Iraqis killed and injured in the war.

“This isn’t about a lie or a conspiracy or a deceit or a deception,” Blair told the inquiry.

In fact, it was a lie when he said there were weapons of mass destruction. It was a conspiracy with George Bush to attack Iraq.

It was a deceit that Saddam Hussein could attack in 45 minutes and it was a deception that Iraqis would welcome the occupying forces as liberators.

So far the Iraq inquiry, chaired by Lord Chilcot, has gone over evidence in the public domain. It has cross-examined witnesses on the basis of written evidence and witness testimonies.

But the sessions with Blair will come to define the inquiry.

They were cosy chats among the establishment, not a serious examination of fact and contradiction.

Blair may still be recalled over a contradiction between his evidence and that of former attorney general Peter Goldsmith.

The biggest lies went completely unchallenged. Blair was allowed to get away with saying that it didn’t matter if Iraq had weapons of mass destruction. “Potential” was enough for him.

Such justifications could be used to launch wars anywhere in the world.

Blair claimed that if Saddam Hussein had not been removed he would eventually have got the weapons.

“We face the same problem about Iran today,” Blair concluded.

On Monday of this week it emerged that the US had moved missile defence shields to countries neighbouring Iran—Qatar, the United Arab Emirates, Bahrain and Kuwait.

This is all part of ramping up tension against Iran and the US trying to reassert its power in the region.

The logic opens the door to more war and a spread of the “war on terror”.

Blair may no longer be in charge, but the wars he started continue to scar the Middle East.

Gordon Brown will soon give evidence to the inquiry. He will be put in a difficult position.

He will either have to say that he was sidelined by Blair, and so had little to do with the run-up to the war.

Or if he claims he was a leading figure, he will be admitting to having blood on his hands.

Prisoner deaths at the hands of British troops in Iraq 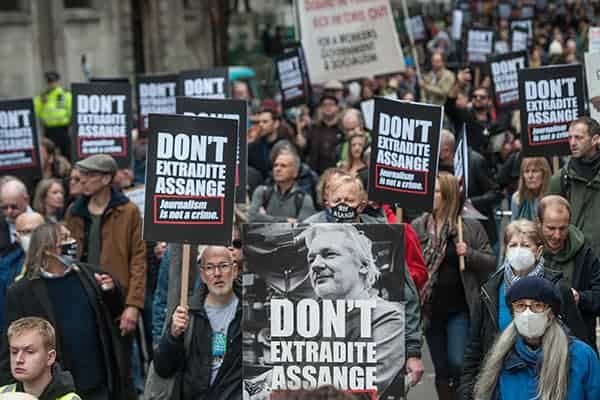