AS TONY Blair threatens to send in private businessmen to run hospitals, look at the record of those thrusting entrepreneurs who Blair has favoured in the past.

None of these failures have dimmed New Labour’s enthusiasm for businessmen at the heart of government.

YOB OF the week is Tom, the son of Camilla Parker-Bowles. He had a wild night out in Berlin with two colleagues from his old employer, PR firm Dennis Davidson Associates (DDA). According to one of Tom’s friends, “They had too many vodkas and tequilas. Tom separated from the group and fell asleep in the street.

“When he woke up he couldn’t remember his hotel room or even his own name.” DDA owner Dennis Davidson, who supported Tom through the cocaine scandal last year, says, “We had to let 20 people go. Tom offered to leave as a favour to me. I would give him a fantastic reference.” No doubt the police will be taking away Tom’s passport to prevent any recurrence of this hooligan behaviour abroad.

Workers in Australia forced the queen to make a detour during her visit last week. She was due to visit Melbourne on the same day as a rally protesting at cuts in compensation to injured workers.

The trade unions refused to call off the demonstration, despite police pressure. As union leader, Leigh Hubbard said, “We think injured workers should take precedence over the queen.”

CALLERS TO mobile phones in European Union countries are being overcharged by as much as 4,500 million a year, according to a study published last week. A report for the European Competitive Telecommunications Association found that callers from fixed telephone lines to mobile phones were being charged prices 40 to 70 percent higher than the costs to mobile operators of routing the calls.

ANYONE feeling particularly rich after last week’s budget might like to look at the “beaded monogram” bag from Louis Vuitton. It sells for a mere 1,400 and is just the thing for your copies of Socialist Worker while on a demonstration or picket line.

A DISABLED woman who said that she was pinned to the ground by a police officer when she protested at the attempted arrest of a friend has won 20,000 compensation from the Metropolitan Police. Linda Price said she suffered severe pain as the officers gripped and held her arms above her head.

The incident happened in 1995 after her friend was breathalysed by police. The police have now offered an out of court settlement. The police officers involved are still serving and have not been disciplined.

THE British army has promoted Lee Clegg, the paratrooper who was previously convicted of murdering a Belfast teenager. Clegg opened fire on a car at an army checkpoint in 1990. He was subsequently jailed for the murder of 18 year old Karen Reilly and the attempted wounding of 17 year old Martin Peake, who also died.

But last year, after a massive campaign by the right wing and its media, Clegg’s convictions were quashed. He has been promoted to corporal and may soon become an officer.

FORMER TORY minister Tony Baldry apologised to MPs last week after he recommended that a lawyer was awarded a CBE within a fortnight of borrowing 5,000 from him. Baldry was a fisheries minister when he accepted the loan from Sarosh Zaiwalla in January 1997.

Twelve days later the Banbury MP recommended the lawyer to the Lord Chancellor’s department for an honour. The Commons standards and privileges committee also laid into Tony Baldry. It criticised him for twice denying, during an enquiry, that he had championed Sarosh Zaiwalla’s cause.

“WE must acknowledge that long term benefits have tended to encourage long term unemployment.”

“MANY companies take the view that cutting corners is a risk worth taking. There’s probably more chance of winning a lottery ticket than being prosecuted, so they carry on regardless.”

“GO FOR it, Tony. Seize the day. Nationalise. Let Longbridge be the factory which changes the way Britain thinks about travel. Sod cars. Make trains and trams and coaches and everything else which gets the country moving again.”

“IT MAY become imperative to go into the Bogside [in Derry] and root out the terrorists and hooligans.”

“THE VIEW of accountants is that much of the budget money is going to benefit existing fat cats. Perhaps that is what the chancellor means by a ‘wealth-owning democracy’.”

“THE harsh nature of the Jupp measures led to a massive rejection.” 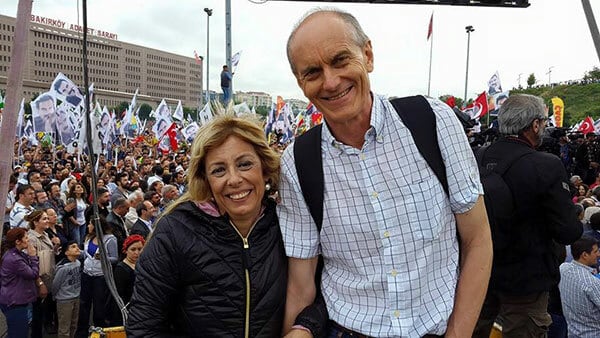 Join the protests at the EU summit, Brussels, 13-14 December