IT IS ironic that Tony Blair chose a Southwark school to fire the starting pistol for the general election. Southwark is one of the poorest boroughs in the country. It was also the venue for his first prime ministerial visit in 1997 when he pledged that his government would lift people out of poverty and revitalise local services.

The reality in Southwark bears little resemblance to that rhetoric. The local Labour-controlled council has cut services every year for the past four years and has embraced privatisation in a manner I have not experienced in my 20 years as a local UNISON official. Last month, following an instruction from education secretary David Blunkett, the education service was transferred to WS Atkins, a multinational engineering consultancy.

The company has been given a contract worth 28 million for the next five years. But Southwark council was defeated earlier this year when a united campaign, supported by the Socialist Alliance, forced councillors to drop their plans to sell off the entire housing stock. Blair has chosen reform of public services as a major theme in the election campaign.

This means privatisation and more profits for private companies. The Socialist Alliance is offering an alternative based on publicly owned, properly resourced services.

We stopped Nazis getting a platform

AFTER THE media hype over racism in Oldham, the student newspaper covering Manchester, Salford and UMIST universities, Student Direct, decided to publish an interview with Nick Griffin and Phil Edwards, both members of the Nazi BNP. This directly contravenes our union constitution, which states, “This union shall not give a platform to fascists and those the union believes will incite racial hatred.”

One of the three news editors of Student Direct, Nick Smart, justified it on the grounds that fascists and Nazis are different, and the union constitution says nothing about this.

Students took immediate action and have already managed to withdraw the copies of Student Direct. Also, Salford student union has written a formal apology. We have been promised by Danny Chivers, Manchester University’s general secretary, that an anti-racist article and a formal apology will be appearing in the next and final issue of the paper this year.

THE RACIST abuse of asylum seekers from politicians and the press is going to get even worse during the election. In this situation it is easy to feel angry but also powerless. This is why the statement by the Committee to Defend Asylum Seekers is so important. We’ve used it inside and outside our workplace in the past week, and have collected over 100 signatures and 70.

This compares to last year when we took a similar statement round and collected 40 in three weeks. On top of this we’ve sold 35 of the pamphlet defending asylum seekers. We have also got our UNISON branch to produce its own factsheet which has gone to all members.

Most people, even if they didn’t totally agree with us, hated the racism that was being whipped up and were furious that Labour was prepared to stoop so low while sucking up to big business. Everyone should take the petition around work-it will counter the filth and raise the confidence of many others to stand up to it.

AN ART student in Dundee was asked by his tutor what his next project would be. He replied that he was concerned at the apparent complacency of the people round about him when there seemed to be a lot of things happening in the world. They said he should think about what he could do.

So he organised a protest march through the main streets of Dundee. He made up leaflets, went to clubs, bars and the student union to promote the march, and invited anyone who wanted to say something to come along and he would help draw up their poster or placard.

He waited outside the art college on 7 May and 50 people turned up. They set off into town and stopped the traffic. We can see what a young person with a simple idea can do. With a united socialist organisation in Scotland, let’s not hold back.

The Network strikes back

I WAS lucky enough to attend the Global Network Against Weapons and Nuclear Power in Space conference in Leeds recently. There were over 200 people from over 18 different countries. It was one of the most interesting and inspiring conferences I have been to for a long time. The mood of the conference was angry and determined to beat the implementation of Star Wars.

Speakers explained the details of National Missile Defence, a term which is now banned as Son of Star Wars has nothing to do with defence and everything to do with American imperialism. They also made the clear link between globalisation and Star Wars. The connections between the contractors like Boeing and Lockheed Martin and the current Bush administration are huge.

The programme involves huge amounts of money that could be spent on caring for people, not killing them. Speakers did not only mention the effect of Seattle but said that we should mobilise for Genoa.

People spoke about making the most of the election period by demonstrating against the hypocrisy of Blair and raising the profile of the anti Star Wars campaign.

TORY LEADER William Hague launched his no-hope election campaign in Watford. We are proud to be the first to heckle him. For 18 years the Tories ravaged the NHS, cut services and widened the gap between rich and poor. Tony Blair has spent four years doing the same. For most people who are sick of these two parties competing to see who can do most favours for the rich while putting the boot into asylum seekers there is the Socialist Alliance.

We both look forward to campaigning for Watford’s Socialist Alliance candidate, Jon Berry, as much as we enjoyed jeering the despised Tory leader.

I WAS one of around 1,500 pensioners converging on Blackpool last week for the national pensioners’ parliament. At the session on care for the elderly there were horror stories about homes being privatised and forced to close down.

That evening myself and Mark O’ Brien, who are both Socialist Alliance candidates, spoke at a meeting. People greeted the message of hope from the alliance with enthusiasm. Someone remarked that pensioners are too old to be active. This statement was met by derision from the meeting. Joy Moss of the Greater London pensioners was at the meeting. Last November we stopped the traffic outside parliament for an hour and a half. I am delighted that she has now joined the Socialist Alliance.

An appeal for unity

We wrote to Arthur in February offering our support for his candidacy against Peter Mandelson in Hartlepool. We proposed a discussion with the SLP so a potential split in the socialist vote didn’t happen.

Unfortunately Arthur and the SLP didn’t respond. However, we still have the opportunity to approach SLP members and candidates and suggest that they stand in neighbouring constituencies to avoid a clash between socialist candidates. The huge numbers of people fed up with New Labour are demanding the most united socialist response possible. We should do our utmost to give it to them. 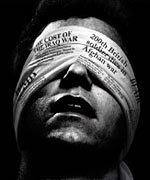