Blow for ministers in Zimbabwe case

This article is over 16 years, 5 months old
There was singing and dancing outside the high court in London on Thursday of last week as the home office was forced to back down from plans to restart the deportation of Zimbabwean asylum seekers.
By Joseph Choonara
Downloading PDF. Please wait...
Saturday 13 August 2005

There was singing and dancing outside the high court in London on Thursday of last week as the home office was forced to back down from plans to restart the deportation of Zimbabwean asylum seekers.

Zimbabweans from across Britain and their supporters held a protest outside the high court. Many of the asylum seekers face torture or death at the hands of Robert Mugabe’s regime if sent back.

The court ruling means that a moratorium on deportations will continue until the Asylum and Immigration Tribunal hears a new test case later this year.

The judge, Mr Justice Collins, asked the home office to ensure that those Zimbabweans currently held in detention awaiting deportation should be provided with advice on obtaining bail.

He added that if it was true, as the Zimbabweans claimed, that the home office had booked seats on flights to deport people the day after the hearing, then the home office was “very stupid”.

Nobel Sibanda, a spokesperson for the United Network of Detained Zimbabweans, helped to organise an overnight protest outside the high court.

He welcomed the ruling, saying, “We’re pleased that there will be no deportations for the time being.

“This ruling affects thousands of Zimbabweans. Sending people back home would be like passing a death sentence on them.”

Nobel wants to strengthen the campaign further, and win wider support. “Between now and the next hearing we will be running an awareness campaign to let people know about this case,” he says.

He added that new laws in Zimbabwe mean that even seeking asylum abroad is illegal — anyone who has fled the regime could face persecution if returned.

Isaiah is typical of those who have fled Mugabe’s regime. He told Socialist Worker, “I became involved in the movement in Zimbabwe. I was assaulted by supporters of Mugabe’s Zanu-PF party and lost two teeth. I have scars on my body.

“Two others who were attacked were killed. My father said it was too dangerous for me to stay and helped me leave the country via South Africa.

“Two months later he was killed in a suspicious hit and run incident. My case is still with the home office. I could die if I am sent back to Zimbabwe.”

Earlier this year Crispen Kulinji went on hunger strike for 17 days to oppose deportations. In the wake of the high court decision he said, “I think we are winning the battle. Now we need to stay united.

“We will fight for those detained to be released so they can fight alongside us. This is a war against the home office.

“My family and I were attacked in 2003 because I was an organiser for the opposition Movement for Democratic Change (MDC) in an area of the capital, Harare.

“I would certainly be killed if I was sent back.”

Judith is another MDC supporter who fears for her life if deported. She said, “I fled Zimbabwe in 2003 because of the political situation.

“I was in the queue for some food with people from the MDC and from Zanu-PF. The Zanu-PF supporters started making noise and we were assaulted.

“I have nowhere to live in Britain and I have to stay with a family I know. I have a 16 year old daughter with me who was raped in Zimbabwe.

“It is impossible to rest. Every time there is a knock at the door I worry that it might be immigration officers. We can’t sleep at night. I really want to work here in Britain.

“Most of us have skills we can use. If I am sent back I will be like meat offered to the lions.”

Tim Finch from the Refugee Council was one of those who had attended the demonstration in support of the Zimbabweans. He said, “The ruling today gives us hope that we can we win.

“The government is under pressure from the courts. But it’s not just about the courts — lots of members of the public have supported our protest today. We want to keep winning more public backing. 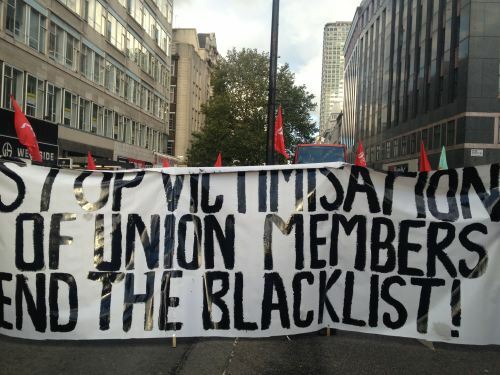 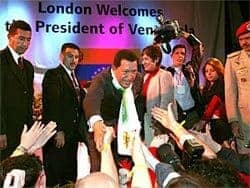