Nick Griffin has been ousted as leader of the fascist British National Party (BNP).

It comes after a string of defeats for the fascists which saw Griffin lose his seat, as the party’s remaining MEP in May. Griffin will now be the fascist party’s president.

This was down to the work of anti-fascist group Unite Against Fascism. The party still has two councillors.

Griffin’s temporary replacement is Adam Walker. Walker was banned from teaching after he admitted to verbally abusing three pupils and slashing their bike tyres with a knife.

Stoke festival is key chance to hit the BNP 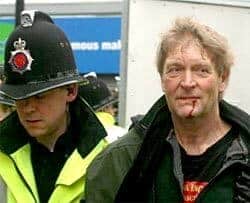