This article is over 11 years, 4 months old
More than 400 noisy, angry protesters greeted Bolton’s councillors as they came to the town hall to vote through cuts on Wednesday of last week.
By Derek Coleman
Downloading PDF. Please wait...
Tuesday 07 September 2010

More than 400 noisy, angry protesters greeted Bolton’s councillors as they came to the town hall to vote through cuts on Wednesday of last week.

We blew whistles and hit drums while chanting “shame on you”, “no to the cuts” and “we will fight the cuts”—as well as booing each councillor as they arrived.

Some councillors looked shamefaced, others defiant, but all were condemned for the cuts.

The council is slashing its budget by closing day centres for elderly and disabled people, as well as privatising residential care. Libraries will also be hit.

Many Bolton council employees and other workers, as well as people who use the services, came to demonstrate their solidarity.

John, a senior Unison steward, was uplifted by the militant mood and solidarity. He said, “They plan 40 percent cuts over four years, 25 percent over two.

“We’ve got to fight now, or we’ll have nothing left to fight for in four years’ time.”

He added that the scale of the cuts required a national response by the unions.

Large numbers of protesters entered the town hall, still chanting and whistling, to go and see the council muppets from the public gallery.

The stairs and landings were full of people booming out a powerful message of defiance that echoed around the building.

The gallery filled up with protesters holding placards as the self-serving politicians patted each other on the back over school results and bus lanes.

A councillor’s monthly payment of around £900 plus expenses is higher than the monthly wage of many care workers.

Protesters’ anger sparked a mass walkout as they voiced their disgust.

One retired worker told councillors, “You are a disgrace. We are the labour movement—and we’ll fight the cuts.”

When we came out of the town hall, we were greeted with a spontaneous burst of applause.

This is a great start in building the kind of movement that can defeat the cuts. 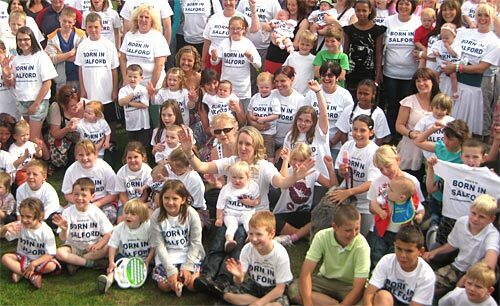