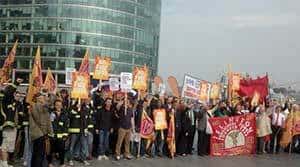 Some 200 firefighters halted mayor Boris Johnson’s question time at City Hall in central on Wednesday of this week.

Johnson looked at his feet as we shouted, and complained that it was his birthday. The mayor plans to cut 12 fire stations and 18 pumps at the cost of 518 firefighters’ jobs.

He continually tried to use humour and distraction to duck the central contention that this will lead to longer response times and increase fire deaths.  But it didn’t work.

Firefighters called Johnson a clown as Labour Liberal and Green Assembly Members piled in with statistical evidence. They showed that millions of people would have to wait longer for a fire engine, and that public consultation was overwhelmingly opposed to the cuts.

Johnson insisted he would listen to the public—but admitted he didn’t intend to make any radical changes to his plan.

His Tory sidekick James Cleverly, the chair of the London Fire Authority, tried to shift the focus onto Labour by asking them if they would reverse the cuts in office. True to form Labour politicians wouldn’t give any such commitment.

That’s a reminder to all of us that the only force we can rely on is our own ability to protest and take collective action—regardless of which political party is power. This is the central question now for members of the FBU firefighters’ union.

The public consultation has ended but the campaign to stop the cuts has not. Every FBU member should argue for it now to be stepped up into a ballot for action.

We have to up the ante to succeed. A new rank and file grouping calling itself Red Watch has been launched inside the FBU. Its aim is to build a left network of activists capable of building the union’s opposition to the continual attacks we are facing.

Red Watch has a website at red-watch.co.uk
Topics FBU, Fighting the cuts 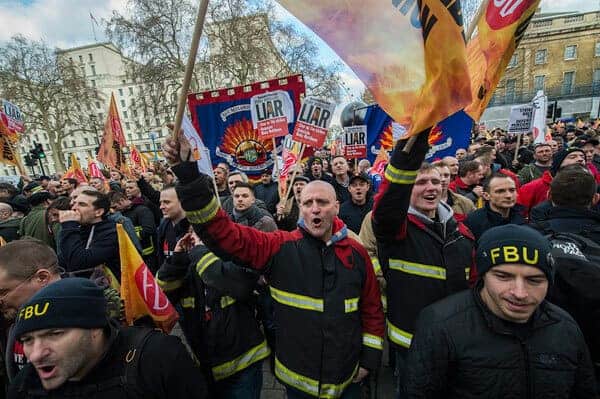 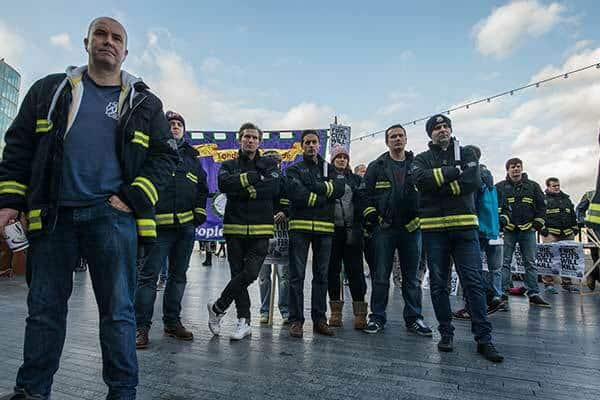 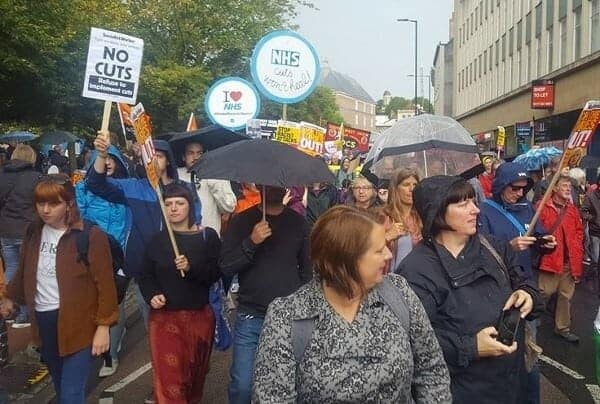 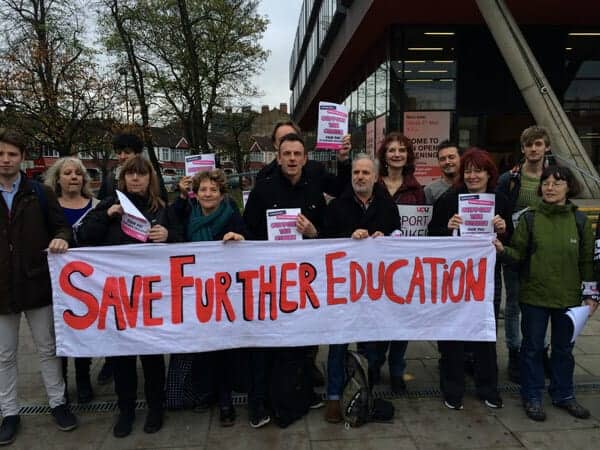 Lecturers call for two-day strike over pay, inequality and casualisation