This article is over 19 years, 9 months old
MORE THAN 1,000 jobs are set to go at Doctor Marten's boot factories in Northampton, Leicestershire and Somerset. Bosses want to move production to exploit cheaper labour in China. This move adds to the 150,000 manufacturing jobs that have gone in Britain in the last 12 months.
Downloading PDF. Please wait...
Saturday 02 November 2002

MORE THAN 1,000 jobs are set to go at Doctor Marten’s boot factories in Northampton, Leicestershire and Somerset. Bosses want to move production to exploit cheaper labour in China. This move adds to the 150,000 manufacturing jobs that have gone in Britain in the last 12 months.

A NEW report has found that the real level of unemployment in Britain is 2.8 million. Researchers at Sheffield Hallam and Warwick universities found that official figures exclude almost two million people ‘parked’ on sickness benefit, pushed into retirement or prevented from claiming Jobseeker’s Allowance.

THE BRITISH Medical Association released a survey this week rubbishing government claims that nobody waits more than 24 hours in an accident and emergency department before being admitted or discharged. The survey found that one in five hospitals had patients waiting more than 24 hours in the previous week.

US prisoners ‘not a threat’

UP TO half the prisoners in the US’s Guantanamo Bay prison camp in Cuba are to be released. When the hundreds of prisoners from the Afghan war were taken to the camp Donald Rumsfeld, the US defence secretary, claimed, ‘These inmates are the hardest of the hardcore. They are very tough, well trained terrorists.’ US officials now admit many are not a threat.

SOME 16 million people are threatened with starvation in the east of Africa, particularly Ethiopia and Eritrea. The famine could be on the scale of the one currently affecting southern Africa. The spreading famine shows that food shortages are not simply caused by one government’s policies, such as those pursued by Mugabe in Zimbabwe.

STOP THE WAR ON IRAQ

‘BEING ABLE to put your finger on that crucial fact, or argument, quickly makes a real difference when you’re trying to convince someone a war on Iraq is going to be a terrible mistake. A new Socialist Worker pamphlet, Stop the War on Iraq, combines a well constructed argument against war with quotes from John Pilger, Noam Chomsky and Robert Fisk.

It picks apart Blair’s pro-war dossier and shows that neither the CIA nor the UN weapons inspectors believe that Iraq poses a military threat to the US. As the pro-war arguments are demolished, the pamphlet goes on to show what the real reasons for the drive to war are – oil and power.

The pamphlet concludes by looking at the prospects for the mass movement against the war. The numbers on the streets have already made many a ruler nervous. This great little pamphlet will be relished by everyone who has answered the anti-war call.’
Yuri Prasad 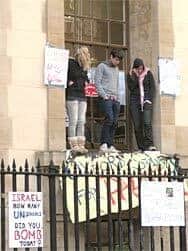 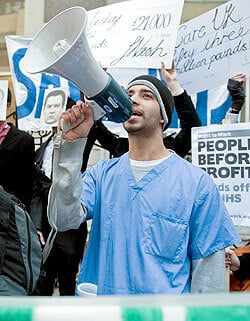 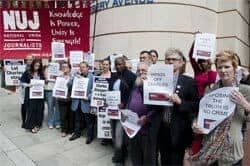 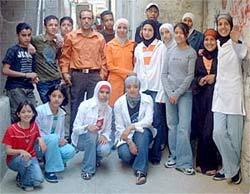