The Aslef train drivers’ union has been forced to pay Govia Thameslink Railway (GTR) bosses £250,000 in court costs and not to strike over driver only operation (DOO) on Southern and Gatwick Express.

The agreement came ahead of a trial set to begin on Monday to decide on a temporary injunction granted by a judge to stop drivers starting a legal strike. 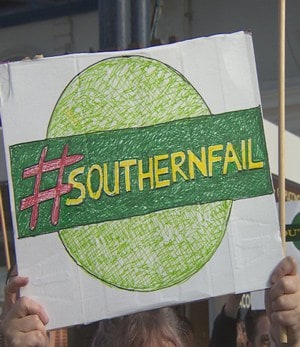 Under the terms of the agreement, the union can only call industrial action over DOO if the company tries to bring it in on trains longer than 12 carriages.

GTR bosses are backed to the hilt by Tory officials at the Department for Transport to have “punch ups” with the unions to extend DOO in the south east.

It’s a worrying sign that the union gave in before trial.

Several union leaders said while campaigning against the Trade Union Bill that the first time the new laws were used against any group of workers, the trade union movement would back them.

But the same principle should apply to current laws too.

The dispute centres around driver only operation (DOO) trains. This means the driver becomes the only safety critical role. Guards are to be refocussed on commercial activities.

The union sought assurances from Abellio bosses that DOO would not be extended during the operator’s franchise. It gave no such assurances.

However, an email from bosses sent in error revealed the key motive for extending DOO. It said, “Conductor operation means two skilled posts on every train making services harder to operate during industrial action.”

The guards are set to strike again this Sunday and again on 10 and 17 July with an overtime ban in place until 16 July. 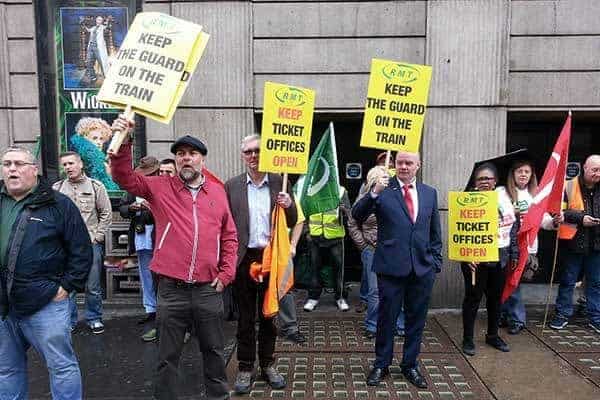 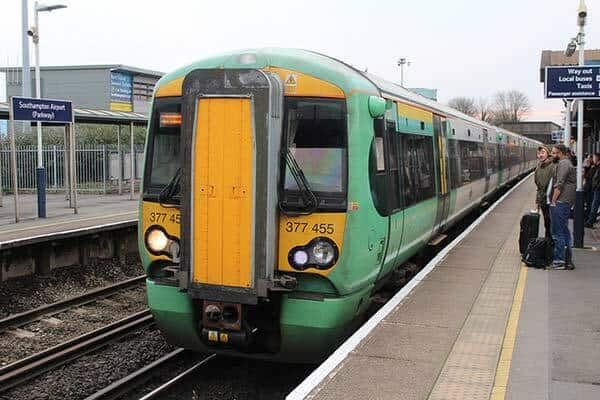 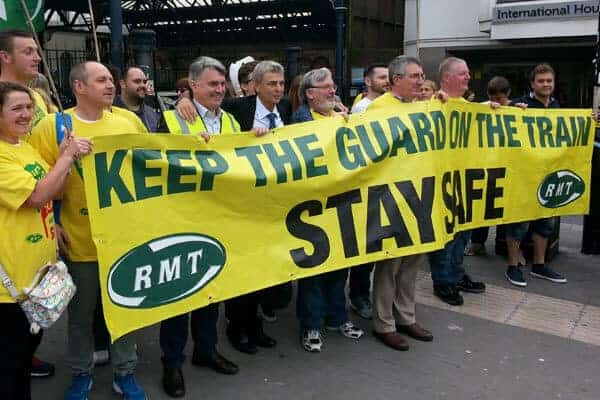