BILL Clinton’s favourite novelist-that is how black American writer Walter Mosley is portrayed in the media. The author of (very enjoyable) books about a private investigator is not the most likely candidate to provide a searing indictment of capitalism. But that is precisely what Mosley has done. His new book is an anti-capitalist manifesto. It is a 100 page long plea to change the world.

Mosley seems to have surprised even himself. “I sat down to write this essay thinking that I was going to address race at the end of the 20th century,” he says. But “regardless of the poignancy of the crimes against black Americans, our oppression is, after all, only a part of a much larger malignancy. “For over 100 years the practice of slavery has been outlawed in the West. But people still slave. Technology has taken us to the moon, but not before it managed to eradicate millions of unwanted souls in the search for genetic purity, not before our greatest technological project, harnessing the atom, reduced tens of thousands of men, women and children to shadows and dust. We have the power to end starvation,” continues Mosley. “But the distended bellies of starving children around the world go unfilled. We celebrate the chemical cocktails that impede the progress of HIV, while at the same time that plague decimates much of the African continent.”

How has this state of affairs come about? Mosley pulls no punches. He says the problem is that “decisions are made by governments in concert with corporations that are designed to increase profit and influence, not to advance humanitarian ends. “Children are starving, but that has nothing to do with business. People are dying, but you can’t try an international cartel for murder. Class has a prominent role in the lives of all Americans. Poor medical care, job insecurity, the bane of old age, lack of proper education, and that nagging sense of mistrust in a society in which you are a productive member who does not seem to share in the fruit of that production-these issues pervade every cultural group, creed, race and religion. The problem facing Americans today does not originate from racial conflict. The problem is the enslavement of a whole nation to the rather small and insignificant goals of the few people who own (or control) almost everything.”

He continues, “The widening gap between rich and poor is a way of demonising the latter, because poverty is a sin in the richest country in the world. “These new systems of injustice wear the trappings of freedom, but they are just as unacceptable as their forebears. Today’s corporate leaders, today’s owners of property, are the descendants of the men who owned plantations and slaves. Not only did they inherit the property and the wealth but they were also bequeathed the methods of extracting riches from the labour of the masses: give her as little as you can, just enough for her to survive and slave. This is the similarity, but there are differences too. Today the neo-slave is made to carry her own chains to and from the job. She has to clothe herself and feed herself, look after her own health, and make sure she’s on time. She must look after her old age pension and even arrange her own funeral.”

Mosley describes the consequences this has: “The obsession with the margin of profit grinds all that is good about us into sausage, into synthetic cases filled with an amorphous blob of meat byproducts that are sold by the pound and forgotten. Shaped like a turd or an angel, dropped out of an assembly line spout and sealed in plastic-that is our identity. Capitalism has no race or nationality. Capitalism has no humanity. All that exists in the capitalist bible is the margin of profit, the market share. We are all part of an economic machine. Some of us are cogs, others ghosts, but it is the machine, not race or gender or even nationality, that drives us.”

So what do we do? Mosley says he wants to “look directly into the voracious maw of capitalism to see if there is a way to survive the onslaught”. But he readily admits that his “contemplations on liberation” are “departure points” rather than answers. He writes, “How can an individual (or the sum total of all individuals) stand against structures that seem inescapable? “That’s the hard part.”

But Mosley is groping towards an alternative vision of society. Even if he does not know how to get there, he knows where to start: “Rebellion, I believe, is the primary movement in understanding.” And “without understanding there can be no growth, no recognition of truth, and no tomorrow-only an endless repetition of grey todays… We need organisation that helps us to articulate our issues and change the world.”

Mosley’s book is exciting and inspiring. It may provide few clues about how to change the world, but the questions it raises leave you in no doubt that something deep is stirring in the US-and across the world.

Shut down the G8 Summit 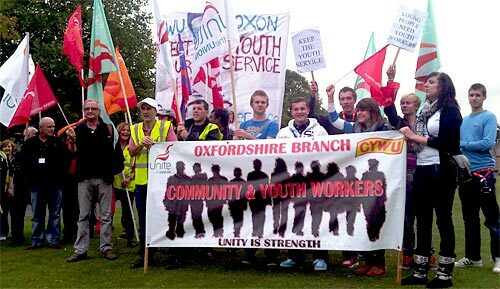