This man is a hypocrite

MILLIONAIRE BUS tycoon Brian Souter is following up his campaign to keep the anti-gay Section 28 by organising a “family day” this weekend in Scotland This is the grossest hypocrisy from a man who imposes conditions on his workers that wreck their family life.

HELEN SHOOTER spoke to three of Souter’s bus workers from across Britain about the true face of the man who pretends to care for families.

“THE company comes first. That’s what they told a bloke who took time off because his wife was ill and they didn’t have anyone to look after their young children. This isn’t a “family oriented” company. All Souter considers is his shareholders, not the workers and their families at all.

You just don’t see much of your family or get to spend quality time with them because of the shifts we work. My kids are grown up now, but some of the young lads, I don’t how they do it. You can be asked to do 12 hour shifts, even a couple of times a week. We get just about enough to live off without too many extras. You’re forced to do it because of the level of unemployment. Stagecoach has disembowelled this company.

There were holiday rights and sick pay in place. But when they took over they changed it all. It’s little things like having to wear a tie all the time, even in the summer. Then there are constant fights and rows over holidays. You have to have worked here two years before you are entitled to book a week’s holiday. If you go on sick too often they put you on attendance targets.

I’m heterosexual myself, but I think anyone who is gay and works for that guy should feel totally aggrieved.

They are working duties earning paltry pay like me. They make all that profit for Souter, yet the bloke who employs them can spend that money on keeping that Section 28 law. He says, “You give me that money and now I’m going to spend it fighting you.” There is a lesbian girl in work who couldn’t even get the words out over the whole issue.

He’s trying to take their freedom of choice away. It really pisses me off. If we could, I’m sure a carload of us would go up to this family day of Souter’s and I’d give him a piece of my mind.”

“IF SOUTER cared that much about families, he would pay his workers a decent wage to have a bit more money to support their families. We have been on strike recently over a pay rise. But Souter doesn’t seem to give a damn. Drivers have to work all the hours god sends to make enough money.

My kid doesn’t live with me so I have to see him at weekends. So it’s hard when you have to work Saturdays, and Sundays too sometimes. The times I’ve seen Souter when he’s turned up at our depot, I can’t believe him. He’s in a jumper and jeans, trying to say, “I’m just like one of you.”

But all he’s interested in is his bus companies making their 18 percent profit. There are three gay drivers at my garage and they’re good people. They are disgusted with Souter.

You know, there’s a bigger gap between the rich and the poor, and there is so much money concentrated in so few people. I think the Souters, the Bransons and the Bill Gates of this world should be made to pay more of their money for ordinary people.”

“IT’S TERRIBLE working long hours. It really affects family life. My family may have grown up and gone away but for other drivers it’s hard when they are so knackered after they get home at night. “The pay is low. Yet everybody’s got the same things to pay like the mortgage and the bills. The day of the Ayr by-election in March, Souter was supposed to be coming to Ayr to promote his family values.

But he never turned up because we were on strike demanding a decent pay rise from him. It’s not “family values” to calculate you can boost profits by cutting workers’ jobs. Then there was all that money he spent on the referendum over Section 28. He has millions yet he doesn’t want to give it to the people who he says are the life and soul of his company.”

Stand up against bigotry BRIAN Souter stands for enforcing “flexibility”, long hours and split shifts on his workers. He stands for profits before people. It is a disgrace that New Labour in Scotland has backed down in the face of his bigoted crusade to keep Section 28. Souter’s Keep the Clause campaign declared that it had won a victory last weekend when the Scottish Executive accepted that marriage would be mentioned in the compulsory guidelines for Scottish schools.

New Labour and the Liberal Democrats hold the majority inside the parliament. Yet they have got rid of Section 28, only to replace it with something which will in some ways be worse. It will mean there is no open and honest discussion of sexuality in schools. It ensures gay people are still considered inferior to heterosexuals. The Scottish Executive’s concession to the right wing over compulsory guidelines promoting the family has just made the bigots feel triumphant.

They will not stop their anti-gay crusade. The Daily Record, which was the worst paper during the campaign, has already said that even the mild wording in the guidelines to “develop an appreciation of, and respect for, diversity” is unacceptable to them.

Many people in Scotland do not agree with Souter. That is why the Scottish Trade Union Congress demonstration against bigotry this Saturday in Edinburgh is so important. It can unite ordinary people and encourage them to stand up against attacks on gay people and refugees.

Why I’m going to Marxism

‘I’M 21 at the start of the 21st century. I thought it would be wicked. Instead it’s the same old blatantly wrong world which blocks our most basic freedoms, pumps out consumerism and leaves so many people in a desperate situation. I was on the May Day demonstration in London. I’m really looking forward to an anti-capitalist week.’ 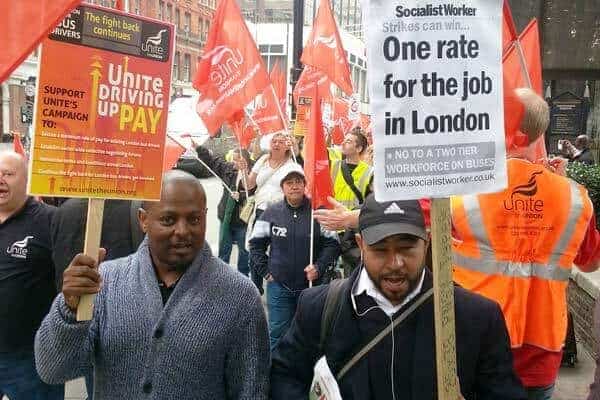 London bus workers gear up for battle over pay 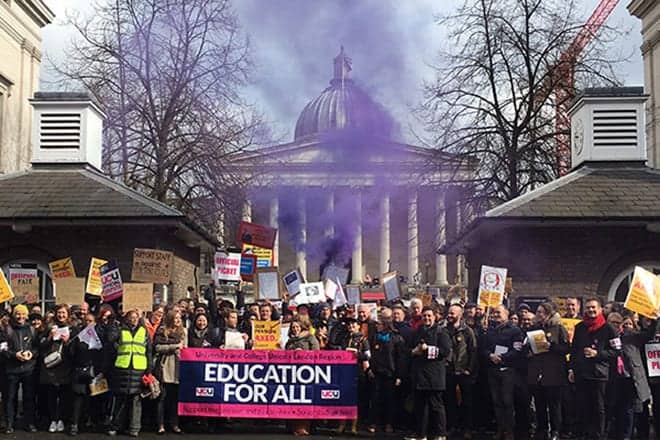 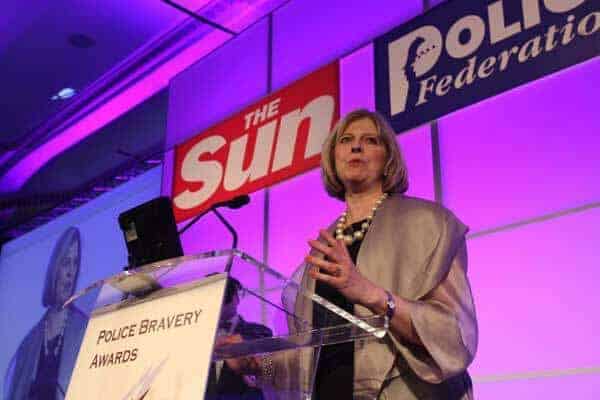