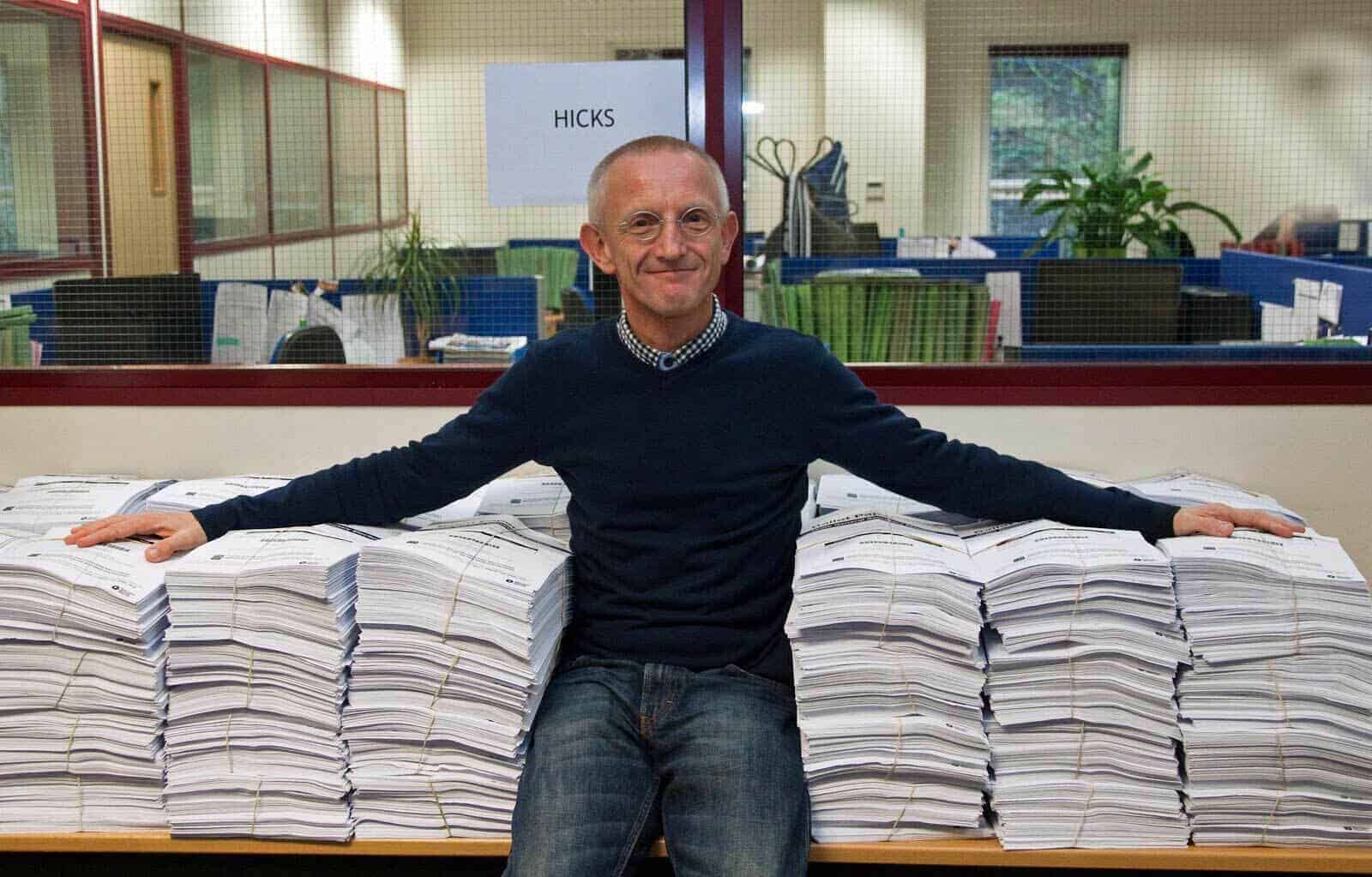 The shock results of the Unite union general secretary election revealed the scale of workers’ frustration with the policies of current leader Len McCluskey.

McCluskey secured another five years as general secretary. But rank and file challenger Jerry Hicks received his strongest ever vote.

Some 79,816 workers cast their votes for Jerry—36 percent of those who voted.

He won almost 30,000 more votes than in the previous election.

“It’s an amazing vote,” Jerry told Socialist Worker. “The other side spent ten times what we did, got nine times the nominations we did, and have had complete control of the election process. Yet they weren’t able to smash us at the ballot box.

“That’s because members can see that McCluskey’s vision for the union isn’t enough to beat austerity.”

The election was announced in December of last year, three years ahead of schedule and on a condensed timetable.

It was as if McCluskey had wanted a coronation rather than an election. Virtually all of Unite’s full time officials and most of the organised left joined his campaign.

Jerry called for the union to lead more action to stop the cuts, and for more control to be put in the hands of ordinary members, not full-time officials.

And he challenged McCluskey’s unconditional support for the Labour Party.

Unite is Labour’s biggest donor. One of the main motives for bringing the election forward was to avoid a clash with the general election, so the Unite can throw itself into backing Labour.

Jerry and those who supported him have come under fire for raising these “divisive” questions.

The Socialist Workers Party was expelled from the United Left group for supporting Jerry.

But the scale of the vote shows that there is a huge audience for these demands.

Ian Bradley, an electrician in Unite’s London construction workers branch said, “The vote shows the disconnect between those at the top of the union and the ordinary members.

“And it shows there’s a real mood for more of a fight against austerity and less of the uncritical support for the Labour Party.”

McCluskey’s fiery rhetoric against the government, and the Unite Community branches that give unemployed people a place in the union movement, are welcome.

But none of this can substitute for workers’ industrial strength. And McCluskey has so far failed to provide any strategy for mobilising this crucial weapon.

He has presided over redundancies and wage freezes.

Yet Unite members have shown they want to fight.

Where next for Unite?