This article is over 10 years, 0 months old
The British intelligence services are bogged down in accusations of torture and collusion.
Downloading PDF. Please wait...
Tuesday 17 January 2012

The British intelligence services are bogged down in accusations of torture and collusion.

Two Scotland Yard inquiries concluded last week. One looked into the treatment of Binyam Mohamed by MI5. The other looked at MI6-led interrogations at Bagram prison in Afghanistan in 2002.

In both cases the Crown Prosecution Service claimed there was not enough evidence to press charges.

Binyam Mohamed is a British citizen. He was detained in Pakistan and interrogated by an MI5 operative. The CIA reported that he was “continuously deprived of sleep”, shackled and threatened.

In a court case in 2010, documents exposed that the security services were aware of Binyam’s torture—and supplied 70 questions to his interrogators.

A parallel investigation looked into the actions of MI6 interrogators at US-run Bagram prison.

Detectives did not take a statement from Shaker Aamer, who is thought to have witnessed the incident under investigation.

And US intelligence officers present refused to give statements.

On Thursday of last week Scotland Yard launched an investigation into the torture and rendition of two Libyan rebels in 2008. MI6, with the knowledge of Tony Blair, launched the operation in conjunction with Gaddafi’s security services.

But this is a cynical move. One of those accusing the government of torture, Abdul Hakim Belhaj, is a key rebel leader in Libya. The British government has once again switched sides.

For more on British torture of Libyans go to www.socialistworker.co.uk//art.php?id=25973 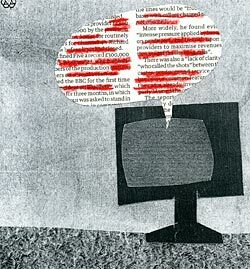 The Official Secrets Act, the ‘war on terror’ and justice

Council workers are to join the action