Engineers employed by Brush Electrical Machines (BEM) striking over fire and rehire cuts have now been threatened with a “sign or be sacked” ultimatum.

The ultimatum came after it emerged that BEM, in Ashby-de-la-Zouch, Leicestershire, had been sold by venture capitalists Melrose to private equity firm One Equity Partners.

The 30 engineers, in the Unite union, have been on continuous strike since 25 May over attempts to shift them onto vastly inferior contracts.

They have now been told by BEM that if they do not sign the new contracts by 24 July they will be sacked. 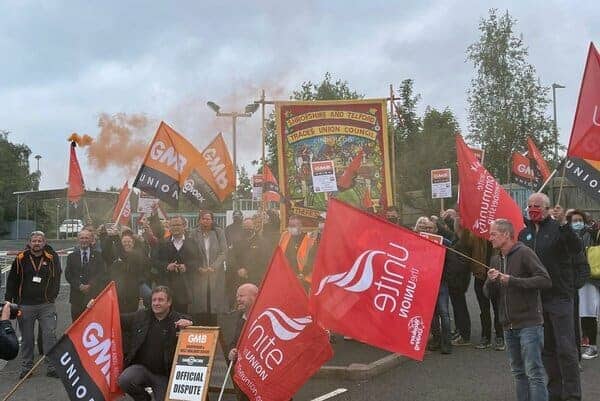 The proposed contracts include reductions to overtime rates, allowances, holidays and other terms and conditions. It would result in a pay cut of between £10,000 and £15,000 a year, leaving them on wages that are well below industry standard.

Unite regional officer Lakhy Mahal said, “Brush Electrical Machines, known to be a ‘profitable, cash generative business’, is treating these workers disgracefully. These cuts would leave many unable to pay their bills.

“The pandemic is being used as an opportunity by BEM’s management to attack the pay and conditions of a loyal and dedicated workforce.

“Meanwhile, I sincerely doubt the company’s top brass are expected to tighten their belts.”

Unite has to make sure these workers win—and not accept slightly smaller negotiated cuts.

The entirety of shoemaker Clarks’ operations in Street, Somerset, could strike over fire and rehire attacks.

The Unite union, which represents around 200 Clarks headquarters staff, said its members are considering strikes.

They have been told they will be fired from their old employment contracts and rehired onto new inferior ones.

Clarks was taken over by private equity firm LionRock Capital earlier this year.

Unite said that it will work with Community to coordinate action.

Activists in the Palestine Solidarity Campaign (PSC) held a day of protests on Saturday calling for a boycott of sportswear company Puma.

The PSC is demanding that Puma ends its sponsorship of the Israel Football Association, which operates in settlements in the militarily occupied Palestinian West Bank.

Campaigners held stalls and protests outside Puma stores in several towns and cities.

Meanwhile, four activists in the Palestine Action group occupied the site of an Elbit weapons factory in Tamworth, Staffordshire.

They occupied the roof and smashed windows and property at the factory, which helps to manufacture Israeli drones and tanks.

It is the third time since February that Palestine Action has shut down this factory. 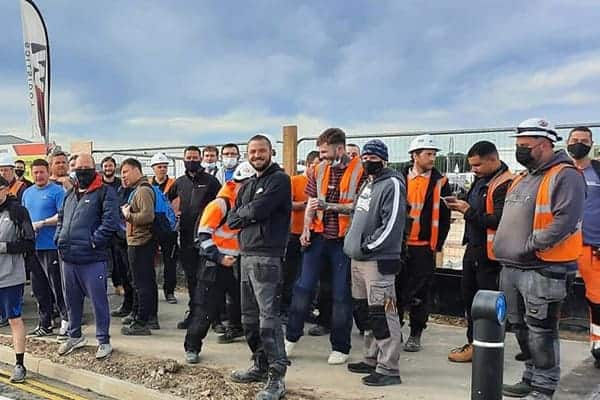 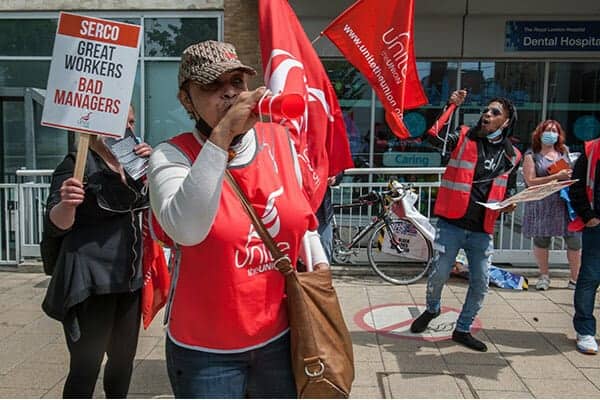 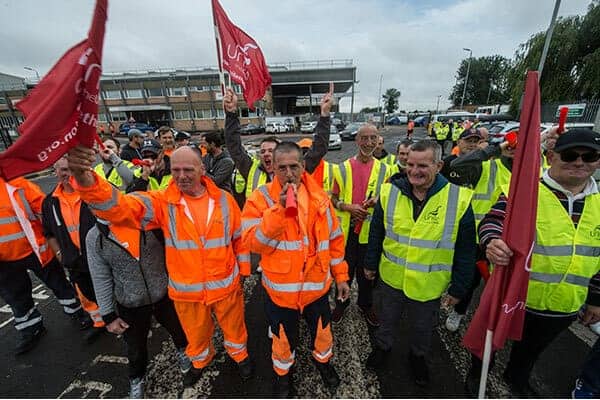