This article is over 11 years, 7 months old
Tory chancellor George Osborne jacked up VAT from 17.5 percent to 20 percent in his budget of pain.
Downloading PDF. Please wait...
Tuesday 22 June 2010

Tory chancellor George Osborne jacked up VAT from 17.5 percent to 20 percent in his budget of pain.

VAT is a tax on spending – and it hits the poor the hardest. The rise will cost the average family as much as £450 a year.

The tax is slapped on almost everything we buy. It is not a tax on businesses – it’s a tax on ordinary people.

Only the most basic items of food and drink and other items like books are exempt.

Figures from the TUC show that the poorest fifth of the population lose 11 percent of their income through VAT, compared to just 4 percent for the richest.

In other words the poorest pay a rate almost three times higher than the richest.

Osborne says the VAT rise will raise more than £1 billion – every month. Most of this money will be robbed from the poor.

Taken together with other taxes on spending, the poorest in society already pay a far greater proportion of their income in tax.

The VAT rise will make a bad situation worse, and widen the gap between rich and poor even further.

Meanwhile George Osborne’s budget was stuffed with juicy handouts for the rich.

He said, “When we say that we are all in this together, we mean it.”

Is that why the government is going to cut corporation tax to 24 percent from its current level of 28 percent? This will leave Britain with the lowest level of tax on profits among major western economies.

The rate for smaller companies will be cut to 20 percent.

Under Margaret Thatcher’s Tory government, corporation tax was 52 percent. It was still 35 percent when Labour came to office in 1997.

The top 50 companies pay an average effective corporation tax of just 22 percent. And a parliamentary inquiry found that more than one in four of Britain’s biggest companies do not pay any corporation tax at all.

Not satisfied with a handing over cash to the rich, the Tories are also going for a bit of old-fashioned asset stripping.

The wealthy also got off lightly over increases in capital gains tax. This is a tax on the profits made from selling assets like property or shares.

It does not apply to someone selling their main home or their private car, but it does hit the buy-to-let brigade.

Osborne retreated from a rumoured increase to 40 percent. Instead it will only go up to 28 percent for higher rate taxpayers, after furious lobbying by Tory MPs and the right wing press.

And business owners will pay just 10 percent of the first £5 million of capital gains when they sell their businesses, up from the previous £2 million.

‘Bank levy’ lets the bankers off 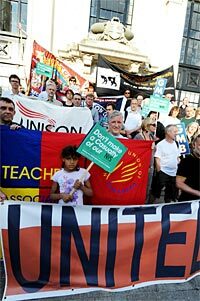 Tories rob the poor to pay the rich 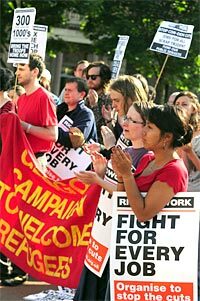 Protests at budget axe across Britain 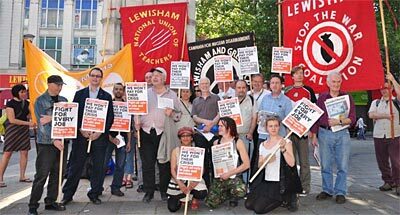 'We're ready to fight back' 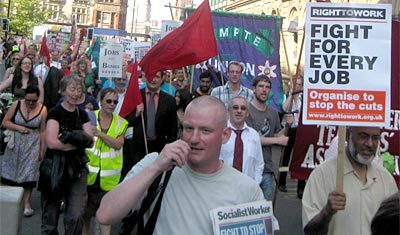