Build on angry mood in colleges

This article is over 19 years, 10 months old
The streets of central London reverberated to the sound of 10,000 loud and angry students on Wednesday of last week. They were demanding the reinstatement of the grant and the scrapping of tuition fees.
Downloading PDF. Please wait...
Saturday 02 March 2002

The streets of central London reverberated to the sound of 10,000 loud and angry students on Wednesday of last week. They were demanding the reinstatement of the grant and the scrapping of tuition fees.

The march showed the anger students feel. ‘A good few hundred of us came down from Wales,’ said Reuben from Graig College in Llanelli. ‘We’re after free education across the whole of the country, not just England and Wales. My mother is in a wheelchair. My father is her carer. I’m registered disabled so I can’t get a job. If I go to university in the future I’ll be walking out with a debt of at least £5,000. That really puts me off. This government’s created a society of people who can’t go to university.’

‘We brought four coaches down from Lincoln,’ said Rebecca Cronin. ‘Tuition fees go against everything New Labour is supposed to stand for. Labour have just taken over from the Tories’ policies of privatisation.’

Unfortunately, although the NUS leadership called the protest they did not seriously build it. Many colleges were not represented at all. This meant that the march was less than half the size of the last NUS-organised protest in November 2000. This is an important time for students.

The Welsh Assembly has recently voted to bring back grants for the poorest students. Scotland scrapped tuition fees in 2000. Tony Blair was forced to order a review of student funding last year because of opposition to tuition fees and the falling number of working class people going to university.

There are signs that this review, which will report in the next few weeks, will introduce changes that will make it even worse for students-keeping fees and introducing commercial rates for student loans. The anger many students felt with New Labour was seen by the hundreds of students who sat down in protest first outside Parliament and then outside Downing Street.

The NUS must not throw this anger away. Rather it should be travelling to colleges around Britain building and deepening resistance. 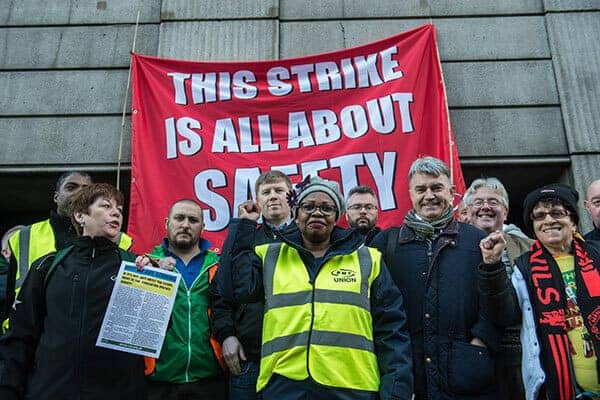