This article is over 16 years, 7 months old
With the International Peace Conference organised by the Stop the War Coalition just weeks away, Kelly Hilditch spoke to delegates about their preparations
Downloading PDF. Please wait...
Saturday 26 November 2005

Tom works in the Stop the War Coalition office and deals with the delegates to the 10 December peace conference.

“We are receiving dozens of forms each day from groups sending delegations to the conference,” he said. “To be honest, we are completely snowed under in the office.

“My advice to anyone planning to come would be to send their forms in as soon as possible — it looks likely that we’ll be fully booked out.”

Dave Nagle is attending the International Peace Conference as a delegate from the Leeds branch of the GMB union.

A longstanding Labour Party member, he got involved in the peace conference through Leeds Against the War.

“I’ve been a member of the Labour Party for years, and the party is completely split over the issue of the war,” he said.

“I couldn’t say how many people are on each side of the issue — but I hope we are winning the argument.

“I found out about the conference through the Leeds anti-war group that I’ve been part of since before the war began. The conference is an opportunity to hear voices from Iraq and the realities of what is going on there.

“We hear very little about the realities in Iraq. The journalists who are there are either embedded with the army — and so get fed the government’s line — or they are on their own, in which case the situation is incredibly dangerous.

“Last year I went to the Stop the War annual conference and a trade unionist from Iraq spoke. A few words from him were more powerful than anything else.

“One thing he said that stuck with me was, ‘Iraq is a big country with a lot of resources. We can look after ourselves.’

“The peace conference is also an amazing opportunity to learn from other activists. At last year’s conference a woman spoke about how her local anti-war group had balloted people in the street about the war.

“We took that idea and have held three ballots in the past year. It’s not a type of stall we had thought of before, but it worked really well. Just think how many more ideas we’ll get when anti-war campaigners from all sides come together to share their experiences.”

Both workers and students at Tower Hamlets College in east London are sending delegates to the peace conference.

Three delegates are attending from the lecturers’ union Natfhe, five from the student union and one from Unison, which represents support staff at the college.

Sybil Cock is a lecturer at the college. “The Natfhe branch here has always supported Stop the War, sending people to the big anti-war protests,” she said.

“So it was really simple to get the branch to back the peace conference. We raised the fact that the conference was happening and passed a motion to pay for a delegate.”

Other unions in Tower Hamlets are also coming behind the conference, with the CWU sending one delegate, the NUJ freelancers’ branch sending two delegates, and the RMT sending delegates from across London.

Campaign groups from the borough sending delegates include Tower Hamlets Respect, the local Green Party and the campaign to twin Tower Hamlets with Jenin in Palestine.

Grace Lally is a student from Goldsmiths College, part of the University of London. She spoke to Socialist Worker about how the students have organised for the conference.

“On Tuesday of last week we unanimously passed a motion through the student union to send five official delegates the International Peace Conference.

“We also agreed that the union would put forwards money to pay half the costs of up to 30 other people who wanted to attend.

“After the meeting, the union contacted every group within the university to ask them to think about sending delegates and to take an active role in building for the conference.

“On Tuesday of this week we’re holding a Peace Not War gig to raise money and awareness. And on Wednesday of next week we’ll elect the official union delegates.

“This has brought the war right back to the centre of student union activity on campus. The union had decided to move away from politics. But the push over the peace conference has reversed this policy, and we are now committed to a position against the war.” 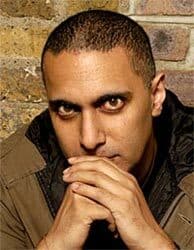