Building to beat the BNP Widespread support for anti-Nazis

Building to beat the BNP Widespread support for anti-Nazis

RESISTANCE TO the Nazis of the BNP and NF is growing across Britain. In Bradford city centre about 25 people turned out on Saturday on an Anti Nazi League stall.

People queued up-black, Asian and white-to sign ANL petitions saying the Nazis are to blame for causing the riots in Bradford. Massive opposition to the Nazis came from ordinary shoppers, and people of all ages came over to show their support.

Many people said they wanted to campaign against the Nazis-from taking a petition around friends and workmates to helping with leafleting. An ANL collection raised 155.

ANL supporters got a boost from doing the stall and finding such a response. They were out again the following day at a gala in the predominately white Thorpe Edge and Eccleshill area of Bradford.

People signed petitions and some gave their names to be involved in the campaign against the BNP, which is trying to build in the area after getting a significant vote at the general election.

The 500 people at the gala took stickers and leaflets. ANL supporters also handed out leaflets and stickers to the mainly white working class families who turned out on Sunday to watch the Bradford Bulls versus Castleford Rugby League match.

For the first time the match took place at Valley Parade in Manningham, in the area where the riots took place. The Nazis had threatened to march in Dewsbury town centre in Yorkshire on Saturday.

But ANL supporters set up a stall and held a street meeting for over five hours. People came to the stall to show support, taking stickers and leaflets. People were pleased that there was a visible anti-Nazi presence in the town centre which undermined the Nazis’ attempts to create a climate of fear.

Shoppers stopped to thank the ANL for organising its activity on the day. A collection in Dewsbury raised 94, and many people said they wanted to go to the ANL carnival in Burnley on 1 September.

In Burnley people are continuing to build support for the carnival. A great ANL stall in the town centre focused a lot of support. It spread the message that most people in Britain, as well as in Burnley, are determined to demonstrate that the Nazis are a tiny minority.

The Huddersfield Mela was a huge success despite rumours that the BNP would attack the event, which forced local businesses to board up their shops and pubs.

Thousands of people, white, black, and Asian, filled Greenford Park. The ANL stall was great. Everyone sported ANL badges. Hundreds of people signed the “Stop the Nazi Violence” petition and 70 was collected.

That feeling was there in Scotland at the weekend too. After Burnley, Oldham and Bradford people in Glasgow rallied round and swiftly moved into action because they were worried about rumours that the BNP would try to march in their area.

The Pollokshields area is where the main Asian community in Glasgow lives, and the Sighthill area is where 1,000 asylum seekers have been forced to live. A united campaign built by word of mouth brought 100 people-black, white and Asian-wearing Anti Nazi League stickers onto the streets of the Southside of Glasgow on Sunday.

Anti-Nazi campaigners distributed over 3,000 Southside Against the Nazis leaflets and received a brilliant response.

Every shop on the Albert Road took Anti Nazi League posters showing that Nick Griffin is a Nazi who promotes Holocaust denial.

Residents in the St Andrews area of the Pollok estate complained about the racist content of BNP leaflets given out by just two or three Nazis.

As a result of these complaints Strathclyde police have reported two BNP members to the Procurator Fiscal, the authority responsible for prosecutions.

The BNP leafleting was to prepare the ground for BNP leader Nick Griffin, who claims he is going to Edinburgh and will spend a week campaigning in Scotland. The anti-Nazi campaigners on Sunday showed what needs to be done in every area where the Nazis try to organise.

Just as Nick Griffin and the BNP have cancelled their plans in the Pollokshields and Sighthill areas of south Glasgow, so they can be forced to retreat across the country.

A confident response to the Nazis receives massive support everywhere. We can all be part of building the resistance.

Stamp on this lousy deal 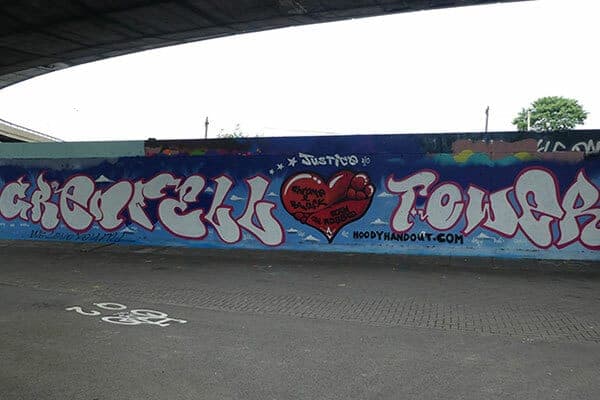 'We're sick of being at bosses' beck and call'