The London bus workers’ campaign for the same higher wage at all bus operators has entered a new phase with workers at three major companies now balloting formally for strike action.

A joint strike by several thousand bus workers now looks likely for the second half of October.

The action is part of Unite’s campaign to win equal and improved pay and conditions across all the private operators in London.

More than 2,000 drivers at Metroline started a postal strike ballot on Thursday of last week. One driver at Metroline said, “This is a crucial ballot. When First and Metrobus were out on strike we all wanted to be out there with them. Now we’ll have our chance.”

The mood of determination among Metroline workers was clear when they voted in the garages by 95 percent – 1,690 to 89 – to reject a new pay offer of 4 percent on Friday of last week.

Unite has informed two more companies – East London Buses and Arriva South – that it will begin a formal strike ballot next week.

Union members at Arriva North – where drivers overwhelmingly voted for strikes in a recent consultative ballot – are also hoping to start a postal ballot in time to be part of joint strikes alongside workers at the other companies now balloting.

Several other companies are also in the middle of pay disputes. A driver at Travel London West told Socialist Worker, “We are hoping to get everything in place to ballot in time to strike along side those at other companies.

“We don’t want to be out on the road when our colleagues are striking.”

Unite organiser Peter Kavanagh told Socialist Worker, “As long as the companies refuse to respond to the demands of our members, it looks likely that the disputes on the buses are going to increase and become more widespread.”

One of the issues underlying the current campaign is the tendering system that is creating a “race to the bottom” as companies drive down costs to win routes from Transport for London, overseen by Mayor of London Mayor Boris Johnson.

“We dispute Boris Johnson’s position that he can’t interfere in pay rates and that market forces should determine pay,” said Pete.

“And the argument about ‘market forces’ just doesn’t add up. Some of the lowest wages on the buses are in west London around the Heathrow area where wages in other industries are generally higher.

“Our members and reps across the companies have spoken – they want pay justice across the city.” 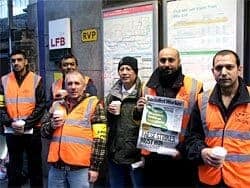 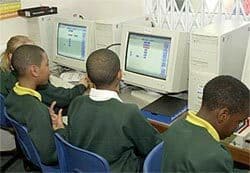