This article is over 11 years, 9 months old
BA cabin crew can beat Willie Walsh, but what happens next is critical.
By Sadie Robinson
Downloading PDF. Please wait...
Tuesday 30 March 2010

BA cabin crew can beat Willie Walsh, but what happens next is critical.

Unite says there will be no further strikes until after 15 April.

But it should be calling more strike action and for longer—and should do so sooner rather than later.

It is good that Unite has imposed a levy to raise money for strikers. But it needs to do more—collections, delegation work and getting crew to speak at other meetings.

It should also look to coordinate action—official or unofficial—among groups of BA workers to shut down Heathrow and pile the pressure on Walsh.

BA check-in workers at Heathrow walked out unofficially in July 2003 and stopped attacks on their pay and conditions.

Thousands of BA workers walked out unofficially in 2005 in support of sacked Gate Gourmet workers. They came within a hair’s breadth of winning and would have if the strikes weren’t called off.

“We should keep on striking,” said cabin crew striker Marco. “But if we all came out together it would be a wake-up call to Walsh.”

“If it’s down to determination and resolve then we can win,” said Denise. “We’re up for a fight.”

Baggage handlers and check-in staff have joined cabin crew picket lines and strikers are willing to return the solidarity.

Cabin crew understandably regret the impact of the strike on passengers. But it is Walsh who has chosen this dispute—not cabin crew.

It is Walsh who is putting passenger safety at risk by cutting jobs.

“When the union announced a 12-day strike at Xmas I nearly died,” wrote one worker on a union forum. “Now I think it’s the only way.”

Everyone is watching BA. Unite has a responsibility to do everything it can to win. 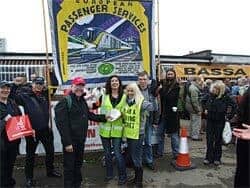 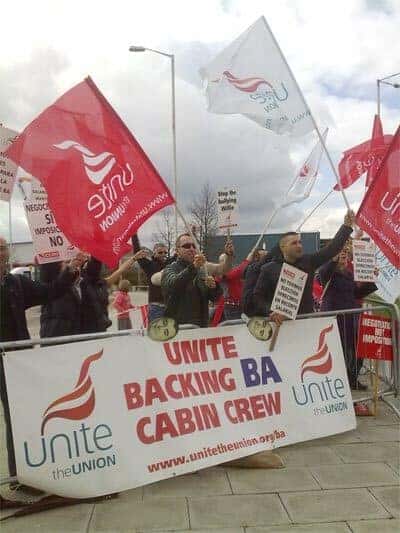 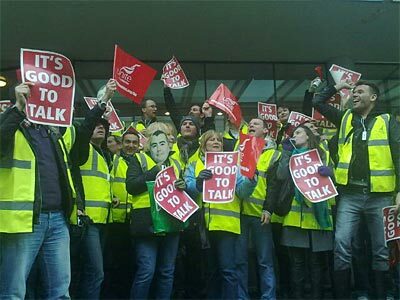 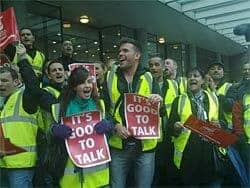