This article is over 12 years, 5 months old
The deaths of six people in a fire at a tower block in Camberwell, south London last month could have been spread by botched and potentially illegal renovations by the local council, according to fire safety experts.
By Simon Basketter
Downloading PDF. Please wait...
Tuesday 11 August 2009

The deaths of six people in a fire at a tower block in Camberwell, south London last month could have been spread by botched and potentially illegal renovations by the local council, according to fire safety experts.

The fire, caused by a faulty television, rapidly spread onto eight other floors.

Because the building has only one escape staircase, flats were designed to contain any fire for at least an hour.

Architect Sam Webb thinks that the fire could have spread via false wooden ceiling panels in the corridors.

They were put in during the 1980s to cover pipes for a heating system. According to Webb, “The key issue is why it spread to other floors. That’s why people died,” he said.

“A renovation like this would be completely contrary to building regulations. I can’t believe any district surveyor would have passed it. You have to ask whether it was even approved,” he said.

Webb is also concerned at the vertical spread of the fire, which he believes could have been caused by flaming pieces of the external fascia, replaced two years ago.

Geoff Wilkinson, a building inspector and fire engineer, points out that when Lakanal House was built in 1957 it had open slats at the end of every corridor, a standard feature to help smoke escape. But these were later replaced with windows.

Wilkinson said, “I would be very interested to know whether building regulation approval was received for this. I would have thought almost certainly not.”

Socialist Worker again asks: Why is there no legal requirement to fit sprinkler systems and communal fire alarms in all social housing?

Has the contracting out of housing and housing maintenance made housing less safe, and if so, why is the government continuing the policy? Why are there tougher regulations for hotels and office blocks than for people’s homes? 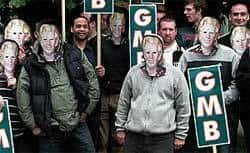