This article is over 6 years, 5 months old
They fled poverty, tyranny and war. But so far 24 refugees have died at Britain’s border this year because David Cameron won’t let them in, writes Dave Sewell
Downloading PDF. Please wait...
Tuesday 15 December 2015

Now he is dead. He was run over by a van in Calais earlier this month, thousands of miles from home, trying to cross Britain’s border.

Less than two weeks earlier it was a young man fleeing the West’s war in Iraq. He had been supposed to meet a lorry driver who would smuggle him to England that very day. Police turned him back, and he was hit by a car on the motorway.

Days before that an Afghan man was hit by a train at Cherbourg.

Local charity workers say he fled Afghanistan after the Taliban attacked his house, killing his wife. His three young children are still there.

Some 24 people were known to have been killed at Britain’s border in 2015 as Socialist Worker went to press. They are men, women and adolescents fleeing warzones or tyrannical regimes.

They have had to entrust their lives to treacherous boats and unscrupulous gangsters. They’ve faced violent cops and deadly militia, walked tens, hundreds or even thousands of miles.

But when they got Britain’s border David Cameron wouldn’t let them in. So they have been drowned, electrocuted, crushed or run over.

Up to 6,000 people are trapped in Calais facing ever worsening conditions (see below).

The Tories sent them higher fences, and pressured French police to make it harder and harder to get around them. France’s state of emergency has let local authorities make it a jailable offence to approach the motorway.

Police checkpoints and harassment are increasingly stopping migrants leaving the camp, and volunteers coming to them. Teargas is regularly launched on the tents where whole families sleep.

This increases the risk of dying from health conditions in the camp. But it also makes any attempt to cross the border even more deadly.

Recent months have seen an increase in raids taking migrants to detention. Others have voluntarily left for schemes run by the state, only to be told they will be deported. 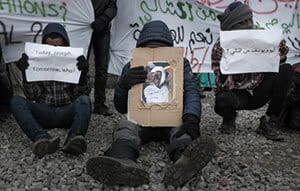 A migrant holds up a picture of Youssef, also known as Joseph (Pic: Olivier Favier)

Cameron wants tougher controls at the other end of Europe too. The morning after Youssef died Cameron was enjoying a photo op at Bulgaria’s new border fence with Turkey.

Bulgarian border cops’ bullets have already killed one Afghan refugee. And Greek and Bulgarian fences that stop migrants entering Europe by land have driven hundreds of thousands to come by sea instead.

At least six children were among the dead on the latest boat to sink last week. In another, a mother and her seven children all drowned.

Cameron said, “It is important that Europe has strong external borders” and “there are real lessons to be learned here about (how) if you give it the priority you can get it done.”

Britain has committed border officials to help “screen” refugees who arrive in Greece as part of a European Union (EU) scheme. Over 1,000 people were driven back to Athens last week after being evicted from a refugee camp at Macedonia’s border.

Cameron is set to join talks on creating a standing European border force at this week’s EU summit. And he will be pleading for measures against migrants from within the EU,

Migrants and refugees are making heroic efforts in horrible circumstances—we can’t let Cameron get away with locking them out. 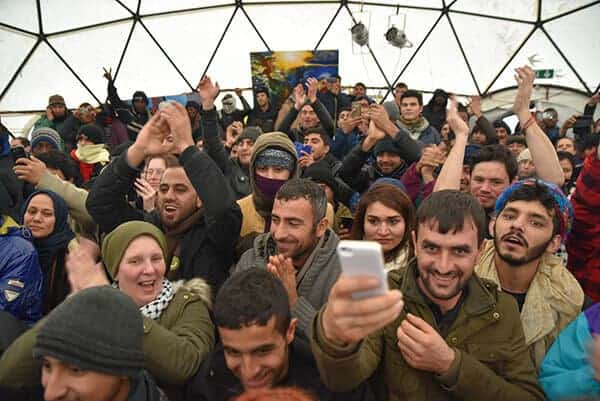 Up to 100 people visited the Calais “jungle” refugee camp over two days last weekend as part of the Stand Up to Racism (SUTR) winter appeal. They brought over £10,000 in aid.

It was a cold and rainy day, and in some places the mud was over a foot deep. Aid workers report that the number of women and children there has tripled.

Refugees were eager to hear about what activists are doing to get the border open, and to share their own stories.

They held a meeting in the camp with activists from other countries, and launched a statement demanding Britain’s government open the border.

Aid is important, and so far there still hasn’t been enough.

But the solution isn’t in the camp—it’s forcing the government to let them into Britain. 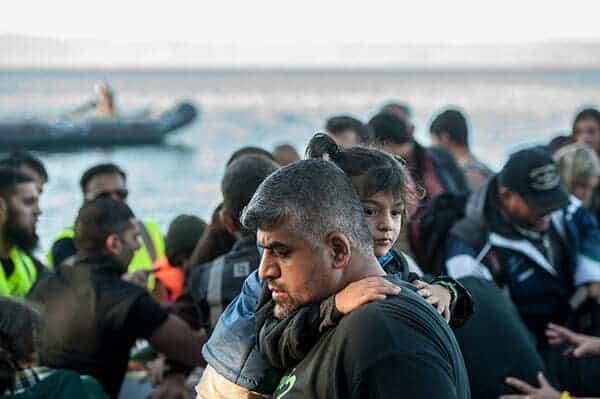 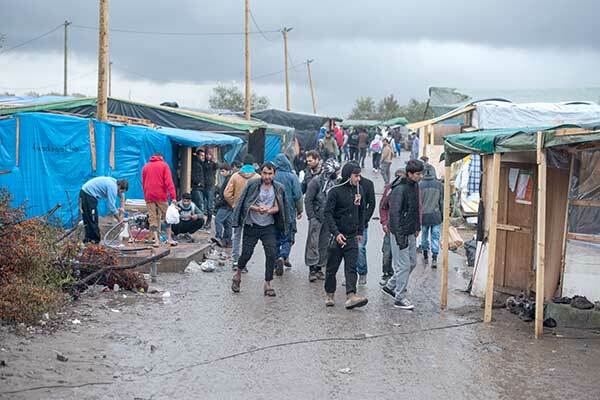