This article is over 11 years, 2 months old
David Cameron feels support draining away and he’s fighting back by sinking into the politics of the gutter—with a speech scapegoating immigrants.
By Ken Olende
Downloading PDF. Please wait...
Tuesday 19 April 2011

David Cameron feels support draining away and he’s fighting back by sinking into the politics of the gutter—with a speech scapegoating immigrants.

He wants us to blame each other for the crisis, rather than the rich. Immigration had nothing to do with creating the crisis. But if people blame migrants it will allow the Tories to continue their attacks without resistance.

The media and figures in the public eye have failed to criticise Cameron.

Yvette Cooper, Labour’s shadow home secretary, didn’t say controls on immigration were wrong—but condemned them because they would not work.

And shadow chancellor Ed Balls chose that weekend to appear at a St George’s Day parade.

Cameron says that large scale immigration is a

problem because it destabilises Britain’s communities.

But apparently having a library, hospital or swimming pool closed has no such effect.

And he can’t get away from the fact that most people who arrive in Britain come from within the EU or as students.

Whenever he talks about “problems” with immigration he slithers away from facts into hearsay.

So he raises forced marriage as a method of “gaining entry”, offering no evidence.

He talks about the need to bring students to Britain, but then tells anecdotes about “bogus” students.

He uses this to attack people on welfare: “Migrants are filling gaps in the labour market left wide open by a welfare system that for years has paid British people not to work.”

Cameron is spouting class hatred. For him, any poor person on benefits is a scrounger.

He is cynical enough to give confidence to the racists to try and save his own sorry skin.

A recent poll for the Refugee Council showed that most people “wildly overestimated” the numbers of refugees in Britain. Nearly half thought that 100,000 were accepted in 2009. The true figure was 4,175.

Despite this discrepancy, the survey found that a large majority of people were sympathetic to those fleeing persecution to seek protection.

We can stop Cameron’s filth by countering his lies and pointing to the real enemy.

Afghanistan is a bloody, costly war without end 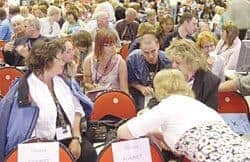 Tube strikes from 3 September over Metronet 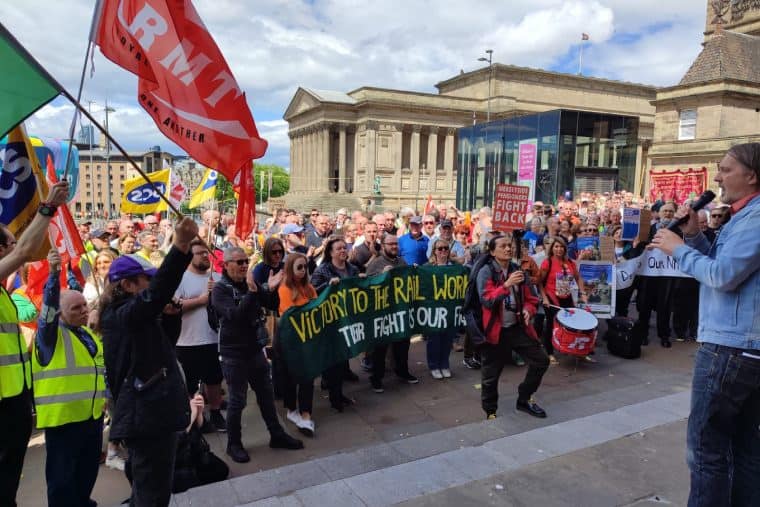