THE CENTRAL planks of New Labour’s policy on asylum seekers are under increasing strain.

The government has forced new refugees to use vouchers instead of cash benefits and dispersed them around the country. But the government has been forced to announce it will review both these policies.

It is desperate to stop them being a focus for discontent amongst Labour members and trade unions at this year’s party conference.

Former home secretary Jack Straw announced the voucher scheme review at last year’s conference. It has still not been published.

His successor, David Blunkett, plans his review of the dispersal scheme to come out in October after this year’s conference.

New Labour is determined to continue attacking asylum seekers, in whatever reworked form it comes up with.

Blunkett has also announced he will speed up the number of people deported. This can only mean more misery for refugees, and more bloodshed.

The recent murder of Firsat, the Kurdish refugee in Glasgow, was “sadly predictable” according to the United Nations High Commissioner for Refugees. The organisation singled out press and politicians for creating a “climate of vilification” against refugees.

Asylum seekers risk their lives to escape persecution or poverty and come to Britain.

That’s why campaigners still demand that New Labour ends vouchers, dispersal, detention and deportations, and why we say refugees are welcome here. 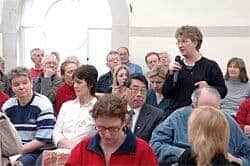 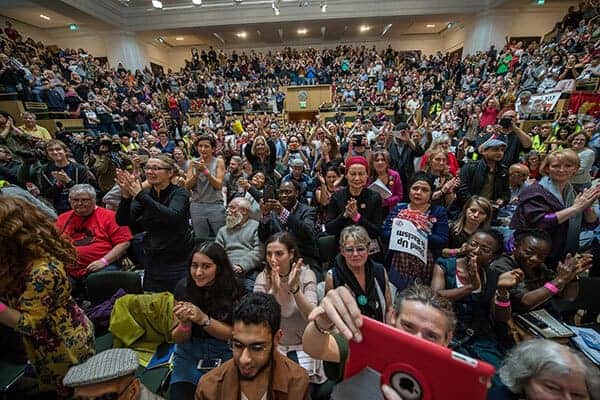