Can we unite with the right?

Can we unite with the right?

THE INTERNATIONAL movement against global capitalism continues to grow. Last weekend I took part in “Anti-Capitalist Days” in Oslo organised by the Norwegian International Socialists. ATTAC-the movement against international financial speculation that started in France in the late 1990s-is spreading like wildfire through Scandinavia. ATTAC was launched in Sweden at the beginning of the year.

The launch meeting of ATTAC Denmark attracted 1,200 people in Copenhagen. Four thousand have joined ATTAC in Norway since January. Some 700 people have given their e-mail addresses to ATTAC in Finland. The European Union summit in the Swedish city of Gothenburg on 14-16 June will provide this infant movement with its first test. This gathering of the leaders of global capitalism will be the target of protests.

As the movement grows, the question of the strategy it should pursue comes into ever sharper focus. A paper called “The Global Conjuncture” by Walden Bello and Nicola Bullard provides a good starting point for discussion.

Bello has been one of the key leaders of the movement against capitalist globalisation ever since Seattle. At the World Social Forum at Porto Alegre he also wiped the floor with various bosses’ representatives.

Bello and Bullard’s paper offers an excellent analysis of the present situation. “A crisis of legitimacy now envelops the key institutions of global economic goverance-the IMF, World Bank, and the WTO,” they argue. The international capitalist institutions have been thrown onto the defensive. It is time for their opponents to attack.

Bello and Bullard warn non-governmental organisations (NGOs) against falling for the “soft corporate counter-offensive” that seeks to draw them into a “dialogue” with these institutions. Instead, they argue, “We must extend the crisis of legitimacy from the multilateral institutions of global governance to the engine of globalisation itself-the transnational corporation (TNC).

“Corporations find it less and less possible to operate without engaging in criminal activity. The similarity between the Mafia and the TNC is something that we must continually stress in this campaign of delegitimation.” All this is absolutely spot on. In last Monday’s Financial Times, Sir John Browne, chief executive of BP-Amoco, argues that big business must not “fall into the trap of seeing NGOs as automatic enemies”, and that the multinationals and NGOs must work together as “agents of change”.

Bello and Bullard are absolutely right to warn against critics of globalisation being co-opted by those who want to give the corporate Mafia a human face. But they also suggest that these critics can form tactical alliances with the Republican right in the United States: “When it comes to the IMF and the World Bank, the time is ripe to press and build up a global campaign for decommissioning or neutering these institutions. Currently there are a number of influential appointees in the economic agencies of the Bush administration who favour either eliminating or radically reducing the role of the Bretton Woods institutions. “With many Republicans and Democrats in Congress evincing similar sentiments, international civil society and labour unions might add their weight to form a critical mass that would determine the future of these institutions.”

The problem with this approach is that it can too easily dovetail with the strategy implicit in Bush’s denunciation of the Kyoto protocol. As the Financial Times puts it, “Its uncompromising rejection of an internationally negotiated framework of government-imposed controls on business captured the twin essences of Bush’s ideology-anti-regulatory at home, unilateralist overseas.”

It is becoming increasingly clear that the Bush administration speaks for that section of US big business which is chafing at the restraints imposed on it by multilateral cooperation with other leading capitalist states. Even international institutions like the IMF that have served the US well are seen as unnecessary obstacles to the assertion of American self interest today. It remains to be seen whether Bush’s policy is a viable strategy for US capitalism.

But in any case, what he and his supporters want is an even more deregulated, exploitative and environmentally destructive capitalism. The importance of the demonstrations from Seattle onwards is that they have promoted a mass movement that challenges global capitalism from below. There are various ways in which the establishment can try to co-opt us. While avoiding the “soft corporate counter-offensive”, we should also resist the temptation of even tactical alliances with some of our most dangerous enemies. 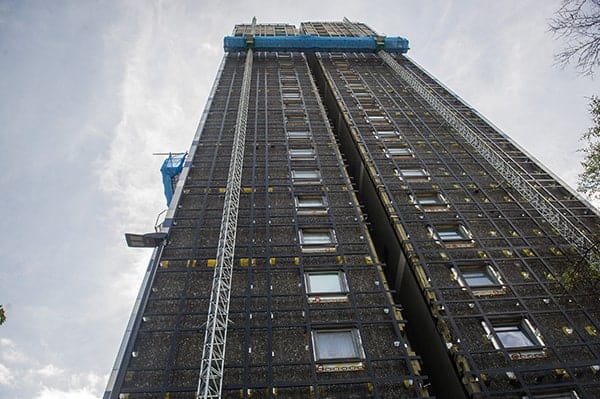