Capita agree to deal after ballot

The CWU union has withdrawn a strike ballot after reaching a deal over plans to outsource Telefonica O2 to Capita.

In the agreement Capita denies that it has no “foreseeable plans” to close or downsize any sites.

It also agreed to maintain pay, and terms and conditions.

And formal trade union recognition for collective bargaining has been agreed on the four O2 sites represented by the CWU.

The jobs are still being outsourced.

But the strike ballot forced the intense negotiations that led to the improved deal for workers. 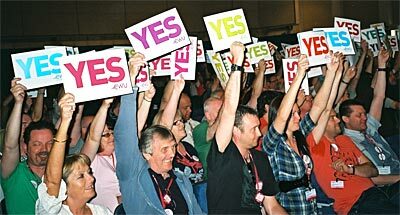