This article is over 18 years, 0 months old
A SERIOUS attack has been launched on the TGWU union representing check-in staff and baggage handlers at Servisair at Gatwick Airport.
Downloading PDF. Please wait...
Saturday 31 July 2004

A SERIOUS attack has been launched on the TGWU union representing check-in staff and baggage handlers at Servisair at Gatwick Airport.

A leading steward, long regarded as a thorn in the side of management, was initially suspended for “incitement to industrial action” over flexible working.

Management backed off after an unofficial four-hour stoppage earlier this month, but now say they intend to bring the fulll weight of a disciplinary process to bear on him.

The union has identified this as a clear case of victimisation.

It now intends to conduct an industrial action ballot of its members as soon as it is possible to do so.
Gatwick Airport worker

THOUSANDS OF baggage handlers and check-in staff at Gatwick and Heathrow airports are to ballot for industrial action in their ongoing dispute over pay.

The workers are represented by the GMB union.

They have rejected a three-year pay deal that offered just 2.5 percent every year, and anger is running high.

The results of the ballot are expected to be known in mid-August.

The TGWU union, which also represents airport workers, is also balloting its members on whether to fight over the same issue. 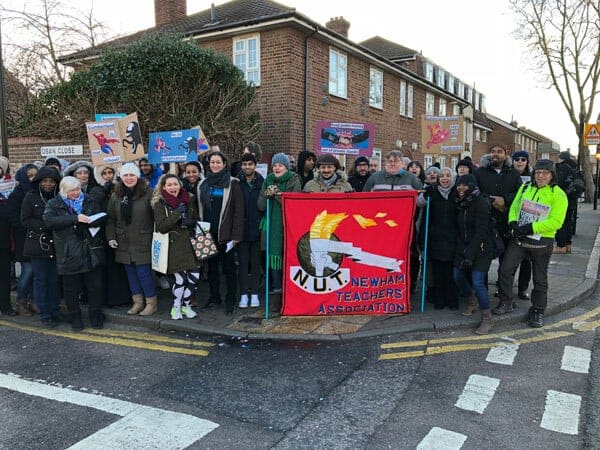 People Before Profit Charter: Protesting against the crisis is a gas