NEW LABOUR says it is going to change the way NHS consultants behave. This week a second consultant gynaecologist, Richard Neale, was accused of botching operations. This follows the report into gynaecologist Rodney Ledward which accused consultants of “acting like gods”.

And in a separate scandal some 200 patients were wrongly diagnosed by James Elwood, a 78 year old consultant pathologist who worked freelance for four hospitals. This led to one woman having her breast removed to treat breast cancer she did not have.

The government will have to come up with much more far-reaching proposals to deal with such problems. It needs to give much more money to the NHS and to drive out private practice. A survey by the Consumers’ Association found that more than three quarters of hospital chiefs think there is a potential conflict of interest when NHS consultants also deal with private patients.

One in five of them also think that private practice could damage the quality of care for NHS patients, and nearly a quarter believe it could mean more cancelled operations.

THE MSF trade union has warned the government about the massive staff shortages and underfunding of pathology labs. The union says:

A DEVASTATING report this week showed that the billions of pounds the government promised for the NHS is going to pay the “financing costs” of the disastrous Private Finance Initiative (PFI) schemes. Research led by respected health academic Dr Allyson Polloc, shows how PFI schemes are costing the government much more than if they built new hospitals with public money. The report looks into the rebuilding of Worcester Royal Infirmary under a PFI deal. This has meant: 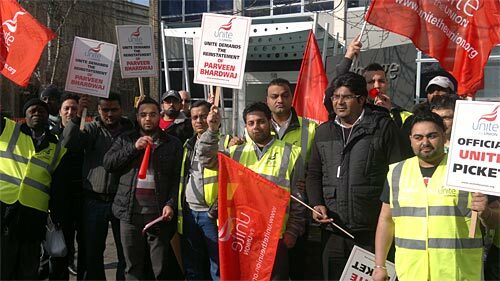