This article is over 10 years, 0 months old
Workers across the Department for Transport are taking rolling sectional strikes until 3 August.
Downloading PDF. Please wait...
Tuesday 24 July 2012

Workers across the Department for Transport are taking rolling sectional strikes until 3 August.

The PCS action is a continuation of a month of strikes in June, and has so far seen strikes by DVLA driving instructors and coastguards in July. Further strikes are set to take place at the DVLA on the 27 July and 3 August.

The 8,000 workers in the department are fighting an onslaught on terms and conditions, job cuts and office closures. They are demanding decent pay and for staff to retain their civil service status.

PCS union members in the Department for Work and Pensions have voted 82 percent vote to strike against attacks on working conditions.

A strike would see 6,000 workers across 32 call centres taking action. The group executive committee meets this week to decide on the next steps.

Workers at the National Gallery were set to strike on Friday of this week, during the Olympics, in the first of four two-hour strikes against job cuts. PCS picket lines will be in place between 1-3pm. 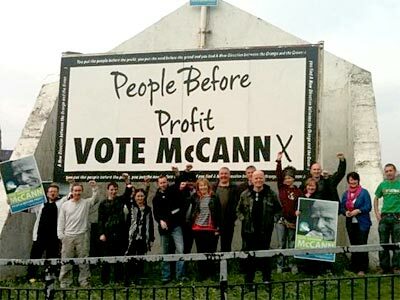 The banks that are holding Ireland to ransom