This article is over 11 years, 8 months old
PCS conference Delegates to the PCS civil service workers’ union conference this week in Brighton were to debate the need to resist the coming wave of public spending cuts.
Downloading PDF. Please wait...
Tuesday 18 May 2010

Delegates to the PCS civil service workers’ union conference this week in Brighton were to debate the need to resist the coming wave of public spending cuts.

The union is pushing for a major campaign with other unions to defend jobs and services from the new Tory government’s axe.

PCS members are celebrating a high court judgement that ruled against the previous government’s plans to slash their redundancy payments.

This vindicated the three days of strike action they took in March against the attack.

The conference will also see a debate around the union backing trade union candidates in future elections.

Workers discussed taking their campaigns forward and other issues in their group conferences on Monday and Tuesday.

Hugh Lanning, the assistant general secretary, spoke at these about the high court victory.

He emphasised that members will still have to fight to win a better deal.

PCS members at the National Gallery in central London staged the latest in a series of walkouts over pay at lunchtime on Thursday of last week.

The warders, security and shop staff picketed outside the gallery in Trafalgar Square.

They are demanding that the gallery guarantees the London Living Wage of £7.60 for the lowest grades.

Around 20 PCS members at the Royal Naval Museum in Portsmouth were set to strike for one hour on Wednesday of this week against last year’s imposed pay offer of 1.5 percent.

The strike at 3.45pm was to coincide with a visit by princess Anne. 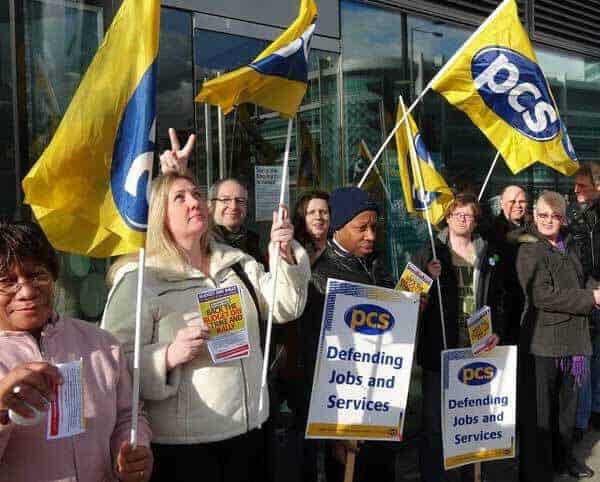 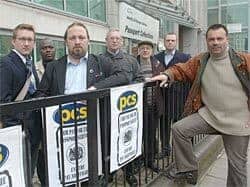 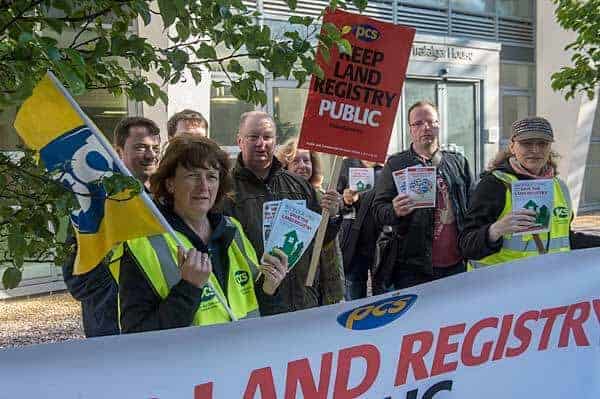 Strike at Land Registry shows a mood to fight