Come and join in the debates

Come and join in the debates

MARXISM 2001-a week of debates, forums and discussion-takes place in London from 6 to 13 July. Its theme is “A new movement, a new left.” It aims to become the focus for discussion for people who have been involved in the Socialist Alliance and Scottish Socialist Party election campaigns, people who are enthused by the anti-capitalist protests in Seattle, Prague and Gothenburg, people who want to change the world.

There are meetings on the Labour Party and on women’s liberation. There are forums on GATS and the privatisation of the world, as well as on Labour and education. Marxism 2001 will be the freshest, most vital gathering of the left for decades. Thousands of socialists, united by a desire to win real change, will come together to learn from each other, to argue and to chart a way forward. If you’re reading this, you should be there.

“MARXISM, WHICH I speak at every year, is one of the most important universities in the labour movement. It brings together and involves a vast range of people, people who may not always be regarded as central to political thought and action. It is an honour to be invited, and I am very much looking forward to the discussion and debate that will go on.”

“THE QUESTIONS posed by the issue of women’s liberation have not gone away, although those questions may be expressed in different ways to 30 years ago. Today there seems to be much more focus on how people behave and sexual relationships. But there are also very pressing social issues, particularly for women at work and women with children. I think it will be helpful for women today to hear personal experience of the 1960s, and of what we were revolting against. At the meeting, I hope people will speak about their own experiences today.”

“MY FIRST reason for coming is that Paul Foot is speaking. I’m really looking forward to hearing him and other speakers. There’s nowhere else you can go to hear these people all in one week and in one place. You read interesting socialist articles in the newspapers and see people on the television. This is your chance to see them, ask questions and take part in the debates. I am very excited by the thought of all these people from different campaigns and different parts of the world coming together in a big debate about the way forward.”

“BEFORE MY visit to Marxism two years ago I began the dif?cult process of trying to construct a philosophy to help me deal with the rage I felt every time I turned on the TV. I was still dogged by that sense of being conned but didn’t know how to tackle the problem, so I ranted, and it was exhausting. Now my ranting is a little less exhausting and much more informed. I’ve lost the sense of isolation I felt whilst trying to understand the world, because Marxism has provided a worldview, the internationalist perspective.”

“NEW LABOUR will see its re-election as a green light for wholesale privatisation of public services, satisfaction with the ever-widening gap between poor and rich, a continuation of environmental rape at the hands of pro?teers, and even more misery for those fleeing persecution and destitution. The evolutionary pace of the Socialist Alliance over the past 12 months has astounded me. Furthermore, the increase in support and membership over the election period has left me breathless. The methods and organisation that will be employed by the Socialist Alliance to best take up the mantle of opposition will be the cause of much debate. As a non-aligned member of the Bristol Socialist Alliance I want to endorse Marxism 2001. I believe it will provide an essential forum for discussing where we go next. Quite apart from an interesting and diverse programme, I feel sure that history will look upon the event Marxism 2001 as a defining moment in the evolution of the Socialist Alliance.”

“I WANT to learn how to change the world. I want to know how we are going to save the environment and make a better future. I class myself as an anti-capitalist. Together with other socialists, I hope that there will be a real discussion about how we can make a difference.”

“I SUPPOSE, in one sentence, my reason for coming is Susan George. She sums up a lot of the issues I’m interested in. As an economics student with a left consciousness, it was great to discover Susan George’s writings on issues such as sustainable development and Third World debt. I was impressed by what she said, and also that she was a woman working in this sphere of economics that is usually dominated by men. Looking at the Marxism timetable, there are lots of excellent workshops and a good mix. There are meetings where at the end you’d hope that people would go out charged up and committed to a campaign, and others which are more re?ective, about theory and history. I also like the look of the entertainment! It is good to see an interesting programme of music and films.”

“I THINK it’s important to have a broad based discussion that will bring together socialists from different traditions and with different experiences. We may not have the same way of achieving socialism, but we all want to get to the same place. Our trade union battles have to be based on socialist principles, and that is why I want to be part of the debate.”

“AS A representative of Scotland’s united socialist party, it is vital that I take two central messages to the Marxism 2001 gathering of left forces in London. Firstly, our radical socialist programme, promoting need before greed and people before profit, is inspiring increased support throughout Scotland. But secondly, our success is based not only on our programme but also on our ability to unite the overwhelming majority of Scotland’s socialist forces under the banner of the Scottish Socialist Party. My twin message therefore will be the need to raise with confidence once again our socialist banner, but to strive to raise our banner in a united fashion.” 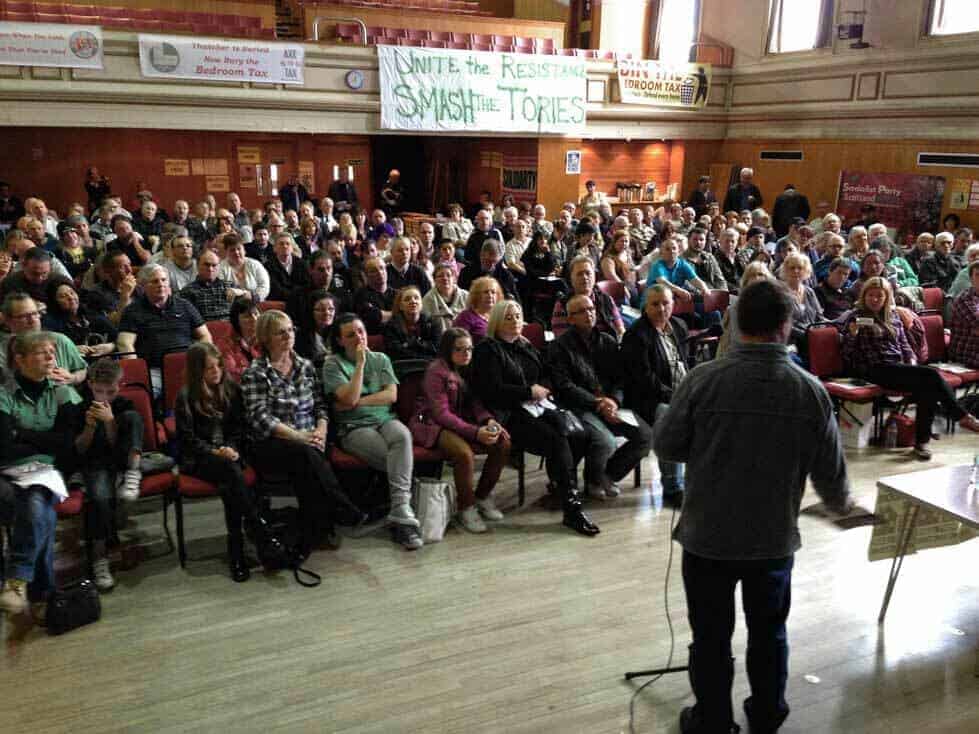