A leading trade union activist faces a court hearing this week under the Prevention of Terrorism Act.

The Fiddlers Ferry company has said that the Unite union member Steve Acheson’s constant picket of its site represents “a threat to the energy supplies of this country”.

Because the hearing comes under the Act, Steve will not be able to defend himself. Steve is campaigning against his blacklisting. He was formerly employed by the company.

He has been accused of “inciting” the workforce to commit acts contrary to the national interest which may impact on energy supplies.

A blacklisted bricklayer has won the first round in his compensation fight against Balfour Beatty.

The London Central Employment Tribunal has ruled that Mick Dooley has a valid claim against the contractor. The tribunal listed the case for a four-day hearing in January.

Balfour was one of the biggest names caught up in the construction blacklisting scandal earlier this year.

It was one of 14 companies issued with enforcement notices by the Information Commissioner’s Office preventing them from using personal data supplied by Consulting Association boss Ian Kerr.

Unions to meet with bosses to discuss national agreement

2 November to discuss the ongoing dispute over the national agreement in the industry.

There is much frustration among construction workers that, despite a strike vote and a rejection of the deal, everything is going so slowly.

The sentencing of Mohammed Atif Siddique 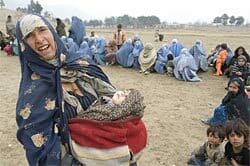 Bin Laden—from friend to foe of US imperialism