More than 900 workers at Total’s Sullom Voe gas plant in the Shetland Isles downed tools on Wednesday of last week in a dispute over pay.

Earlier this year, operators Petrofac agreed to pay a £15 daily allowance to workers in shared accommodation or travelling from lodgings in Lerwick harbour.

Workers from a range of nationalities stuck together, despite management threats. They surrounded Petrofac and Total’s offices.

David Cameron had been due to visit the plant, but remained in his hotel in Lerwick. Petrofac offered workers compensation for a previous unofficial stoppage over safety. They had sat in the canteen refusing to work unless their health and safety reps were fully involved in investigating safety concerns.

Bosses want to introduce a new grade of “entrant” to deskill the trade and drive down pay.

The rank and file organisation that helped drive the 2011 strikes against deskilling have called a meeting in London at 1pm Saturday 9 August. 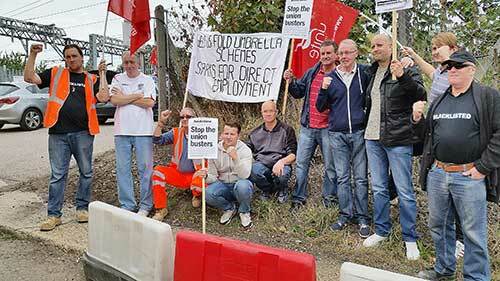