This article is over 14 years, 7 months old
Thursday 31 January is set to be a major day of action with potentially over 150,000 civil service workers in the PCS union set to take action against low pay and job cuts.
By Dave Owens and Steve West
Downloading PDF. Please wait...
Tuesday 15 January 2008

Thursday 31 January is set to be a major day of action with potentially over 150,000 civil service workers in the PCS union set to take action against low pay and job cuts.

Workers in the Department for Work and Pensions (DWP), Revenue and Customs and the home office could all join together in a show of strength against Gordon Brown’s pay limit and job cuts programme.

The PCS’s DWP group executive committee last week voted to call a strike on 31 January unless we get an offer of significant negotiations from the employer.

We are fighting the imposition of a three-year pay deal, which means that many workers will get 0 percent this year.

There will also be an initial one month overtime ban beginning from 31 January.

PCS members in Revenue and Customs are voting for a one day strike over management’s failure to give a guarantee over redundancies.

Workers in the home office have rejected an imposed three-year pay settlement and voted to strike over the issue.

Other groups of workers in the PCS are also planning to vote for action over pay in the coming weeks.

The PCS national executive was meeting this week to discuss the next stage in our national campaign against job cuts, low pay and privatisation.

A number of branches have passed a motion calling for more national action, if possible with other unions, to win our demands.

We need this scale of action because we are at the sharp end of Gordon Brown’s “efficiency” policies.

He wants us to work harder for less.

People are angry and can’t afford not to fight.

We can hardly afford to live on what we’re paid at the moment.

Over 80,000 PCS members in the DWP struck solidly for two days in December over this issue.

Reports are that it was better supported than many of our previous strikes.

The PCS has no alternative but to call more action in the DWP.

We decided to strike on 31 January as there is the possibility of coordinating the action with other groups of PCS members to have more impact.

Activists in the union need to push to make 31 January the biggest possible show of strength against New Labour’s policies.

The union needs to look towards more national action if it is to win.

The union will also be increasing the political pressure on the government through its Make Your Vote Count campaign.

We will be looking at marginal constituencies and targeting the MPs there to increase pressure over pay.

This strategy has helped involve members in the union.

Dave Owens and Steve West are members of the PCS DWP group executive committee. They write in a personal capacity

Jobcentre Plus call centre workers to strike for two days

Mobilising for a big strike vote in the PCS 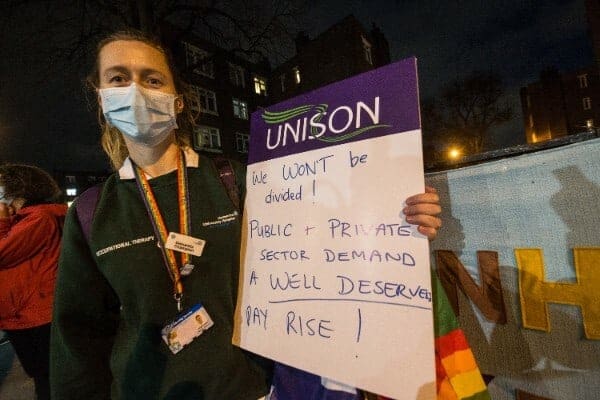