Up to 100 protesters set up camp in Parliament Square, central London, on Friday of last week.

Police made one arrest as they moved in to clear the Occupy Democracy protest last Sunday.

Possessing items that could be used for sleeping in Parliament Square was made illegal under the Police Reform and Social Responsibility Act 2011.

On Monday of this week 20 Occupy activists joined Disabled People Against Cuts (Dpac) at a protest at the Department for Work and Pensions headquarters.

They were protesting against bedroom tax architect Lord Freud’s statement that disabled workers should be paid only £2 an hour.

They then marched to the Parliament Square camp. 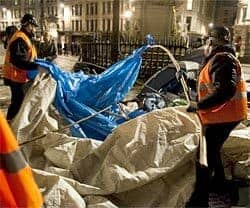 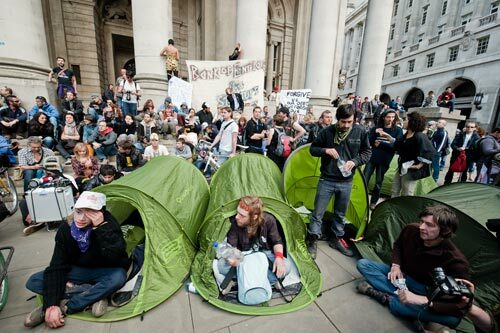 Occupy protesters march on the Bank of England

Occupy London and the courts