Hundreds of riot police descended into Soho, London, on Tuesday morning. They raided a building being used by anti-capitalists ahead of a protest against the G8 summit.

Hundreds of anti-capitalists had occupied it on Thursday night of last week to be used as a meeting point for activists during a planned week of protests.

The G8 group of rich countries is meeting in Northern Ireland on Monday and Tuesday of next week.

Anti-capitalist activists were preparing to take part in a Carnival against Capitalism when police swooped.

Cops issued Section 60 orders for Westminster and the City of London, which allows them to stop and search anyone they deem a threat to the peace.

The StopG8 group has sent out a list of targets for anti-capitalists to demonstrate at during the anti-G8 rallies.

These included Fortnum and Masons, where tax avoidance protesters were arrested during a peaceful sit-in two years ago.

Ian Tomlinson died after being pushed to the ground by a police officer during protests against the similar G20 group in 2009. 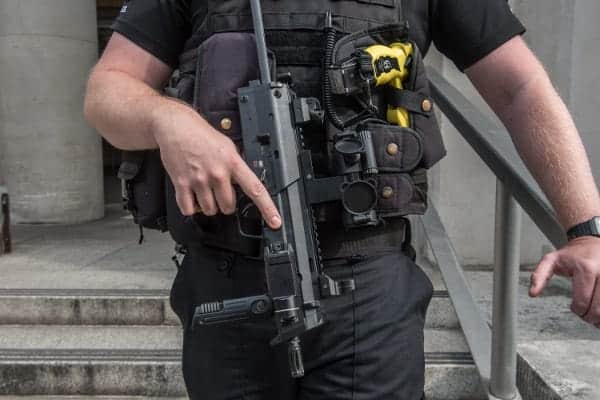 Police plan to ‘clamp down’ on Notting Hill Carnival