The speech was much more like the ones he gave to mass rallies during his leadership election campaigns.

It blamed the Tories, the “superrich”, the “privileged few” and their “rigged system”. He also suggested practical measures, such as publicly-owned energy companies, universal childcare and large-scale council house building.

Corbyn made a show of defending migrant workers, but he also repeated the suggestion that low pay is caused by bosses hiring migrant workers. He even suggested that migrants were taking British-born people’s jobs.

But there is no evidence that migrants are to blame for unemployment or low wages. Corbyn has to stop making dangerous concessions to racist arguments.

Yet mostly his speech was an encouraging sign that the “populist relaunch” could tap into the anger in society—something Labour desperately needs to do.

It came at the end of a torrid week for Labour. The party did badly in two council by-elections and came behind the Tories in one poll on who would better manage the NHS crisis.

Tristram Hunt, Labour MP for Stoke Central, also resigned to take a high-paying job at the V&A museum in London.

Hunt is firmly on the party’s right and is no loss—under him Labour’s share of the vote fell drastically in Stoke Central. In the last election support for the racist Ukip party shot up—meaning the coming by-election could be difficult.

By the end of last week Labour right wingers began to hint again that Corbyn should go. But it was clear from the Fabian conference that they are clueless. Everyone argued that Labour had to be seen to be tougher on immigration, but no one could quite agree on how.

MPs Emma Reynolds and Stephen Kinnock argued for their “progressive” immigration controls that discriminate against lower paid and non-EU migrants.

Beyond that none of them really knew what to do about Labour’s crisis.

Walthamstow MP Stella Creasy said Labour’s troubles had something to do with a “cultural division”.

What this means wasn’t clear—but it had something to do with TV series Mrs Brown’s Boys.

Corbyn came closest when he spoke of engaging with people who voted Leave because “it was their first chance to exercise a bit of real power and say what they thought about a system that was stacked against them”.

Corbyn’s “left populism” could be Labour’s best chance of doing that—but it will have to be based on a rise in working class struggle.

Shock changes to Momentum last week threaten to make the Labour left group narrower and more inward-looking. They will mean that new Momentum members will have to also be members of the Labour Party.

Existing Momentum members will also have to have joined Labour by 1 July or be “deemed to have resigned” according to the group’s new constitution.

Momentum is also now committed to affiliating to Labour. The changes were forced through by the group’s founder Jon Lansman as part of a faction fight inside the organisation.

They were designed to exclude Lansman’s opponents.

Momentum will now have its first annual conference on 18 February, but without any votes. A new national coordinating group will make most of the decisions nationally.

Many ordinary Momentum members are unhappy with the changes. Mick Skiggs, a prominent activist in Portsmouth Momentum, told Socialist Worker, “There’s a lot of people upset with it. We were a grassroots movement that wanted to campaign around issues—not fight each other.”

Many Momentum groups have focused on building broad-based campaigns against austerity and racism.

Mick said, “We’ve had public meetings on the NHS. We had doctors and nurses coming and talked about what we’ll do—there’s even been talk of direct action.”

He added, “We’ve been campaigning for anti-austerity Labour candidates and been part of Stand Up To Racism.”

But the changes threaten to cut Momentum off from people outside Labour—and could mark a turn away from campaigning.

An email sent to Momentum members last Saturday announced the coming launch of Momentum Solidarity. It will “support groups and members to engage in community activism”.

But the problem is that—with some local exceptions—both sides of the faction fight in Momentum have become fixated on internal campaigning.

This is a dead end.

Moving to the right is no way for Labour to win 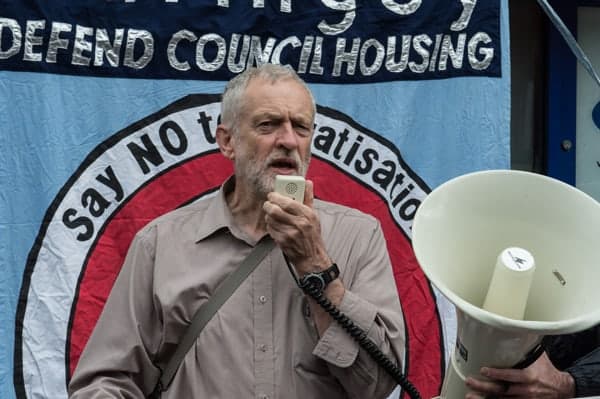