Bosses want to cash in from the coronavirus crisis. Billionaire Richard Branson’s Virgin Atlantic demanded “emergency credit facilities to a value of £5 billion to £7.5 billion”.

At the same time it sent thousands of workers home for eight weeks without pay, apparently with the agreement of the Unite and Balpa unions.

Branson is worth over £4 billion.

The British Beer and Pub Association wrote to Boris Johnson demanding support to prevent mass job losses. Its chief executive Emma McClarkin said, “Hundreds of thousands of jobs will be lost in the very short term unless a proactive package creating cash and liquidity is provided immediately.”

Meanwhile Carphone Warehouse decided this was the right time to announce the closure of all its 531 shops, slashing 2,900 jobs.

No worker should suffer because of this crisis. The quantitative easing programme for the banks since 2009 has cost at least £450 billion.

If the government gave every adult in Britain £2,000 it would cost just £104 billion.

We need a bailout for working class people, not more handouts for the bosses.

Say no to wage cuts, unpaid layoffs and benefit waits

Workers face losing out on vital wages if their hours are slashed or they are laid off by bosses shutting down for coronavirus.

Workers in Britain have also started to suffer.

For example, British Airways boss Alex Cruz said the airline would ground flights “like never before” and that “jobs would be lost—perhaps for a short term, perhaps longer term.”

And hundreds of workers at pottery giant Steelite International in Stoke-on-Trent have had their hours cut. Hourly-paid factory, packing and warehouse staff will have their working hours cut for up to six weeks.

Emily, a catering worker in Devon, told Socialist Worker what coronavirus might mean in her workplace.

“It seems likely that many people where I work will take holiday leave so at least they get some money,” she said.

“I work with a lot of mothers with families. One of my colleagues has four children including a new born baby.

“For her, the money she earns working at the shop makes up half of her family’s income, it’s a worry that they won’t cope without it.”

No worker should have their wages slashed to protect their bosses’ profits. But they should also have immediate access to benefits if they do.

The government announced on Monday that face-to-face assessments for sickness benefits will be suspended for three months. That’s not enough.

No one should be asked to attend a Jobcentre to sign on or prove they’ve been looking for work—or should be sanctioned while self-isolating.

One Jobcentre worker told Socialist Worker that the system is capable of delivering benefits to people quickly—if bosses feel the pressure. “There are lots of things that can be resolved,” they said. “But it’s a matter of what we prioritise.

“If we don’t bring people in for pointless appointments, for example, and turn everyone’s resources towards getting those payments out, lo and behold we can do it.”

The coronavirus has plunged the world economy into recession and bosses want workers to pay for it.

Tens of thousands of workers across the globe have already seen their hours cut, been laid off or been told to take leave.

Measures to try and limit the spread of the virus have hit shops, airlines, travel agencies, hotels, restaurants and entertainment venues.

Governments in Italy, Spain and Austria have brought in restrictions limiting people from leaving their homes.

In France, all cafes, restaurants, bars, non-essential shops and entertainment venues have been closed.

Their closure will not only affect staff who work in them, but those working in the supply chains too.

And in places where bars, restaurants and shops remain open, fewer people are visiting them due to fears about spreading the virus.

Every worker whose job is destroyed by bosses’ defence of profits should have their wages guaranteed by the state.

Airlines are cancelling flights, with a knock-on effect on other industries.

For instance, there are 80,000 fewer passengers travelling through Frankfurt airport, one of the largest in Europe, every day.

TUI, Europe’s biggest holiday firm, said it will temporarily suspend most of its travel operations until further notice. TUI stocks plunged by 35 percent on Monday morning. 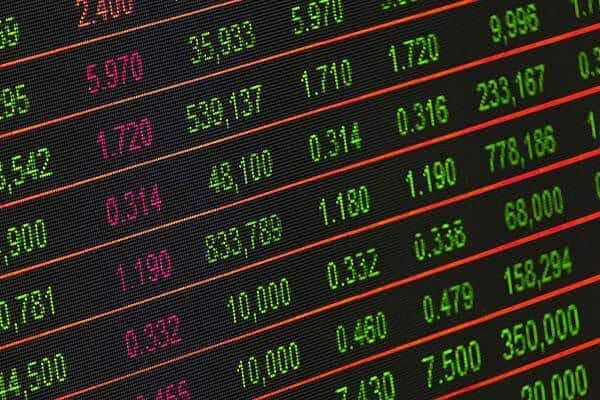 Workers must not pay for the corona crash
Read More

Cancellations of major sports tournaments, matches and other events has led to bookmakers complaining that they will lose out as there is nothing to bet on.

The drastic impact on profits has sparked panic on stock markets, as investors rush to sell shares to avoid losing money.

Stock market prices in London and New York fell to their lowest level since the 1987 Black Monday crash on Thursday of last week.

The value of stock markets across Europe fell again on Monday. The FTSE fell to its lowest point since October 2011—with every share being down.

For all the talk of stockpiling by ordinary people, it’s firms that are hoarding their cash.

Financial Times associate editor Rana Foroohar this week wrote that the virus had led to a “corporate credit run” that had caused “panic” in the markets.

“Companies are trying to stockpile cash whether they need it immediately or not,” she said.

There is more than enough money in the system to make sure that no one loses out if they have to take a break from work due to the virus. Workers should not pay the price for the crisis.

But it will take a battle to make sure they don’t.

We need planned system, not pleas to boss profiteers

The coronavirus crisis has shown up the irrationality of capitalism. Tory health secretary Matt Hancock has appealed for firms to redirect parts of their production to making ventilators.

This is because the NHS does not have enough to cope with the growing crisis.

So rather than the government making sure that the health service has enough basic equipment, this is to be left to the whim of private firms.

And what’s more, private firms will be able to cash in on the crisis.

Hancock said, “We are saying if you produce a ventilator then we will buy it. No number is too high.”

At the same time the government is “negotiating” with private health firms about using their resources to treat patients.

The Tory plans could see them paying around £2.4 million to private firms every day for the use of their hospital beds.

This is a disgrace. All healthcare facilities should be commandeered by the government to protect lives and deal with the crisis.

And profiteering firms shouldn’t get a penny in compensation.

Relying on the free market to provide essential goods and services is a disaster.

It means profit comes before people, and people don’t get the things they need if they can’t pay for them. It is a mechanism for diverting huge amounts of cash from ordinary people to the bosses.

We need a socialist system where production is planned democratically so that the needs of everyone are met.

Why can’t that happen all the time? And why can’t polluting industries be transferred into sustainable production? 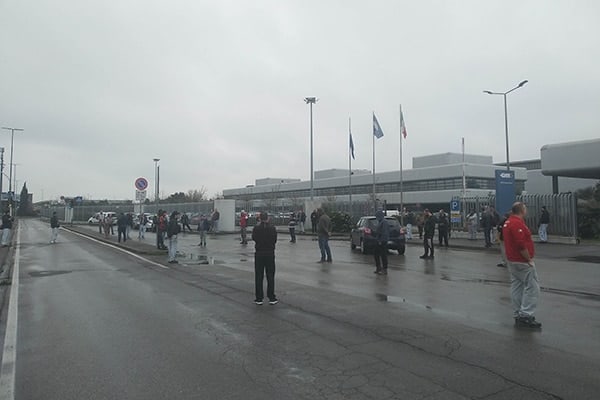 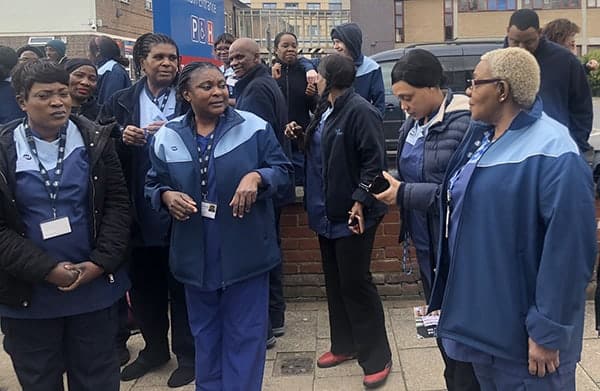 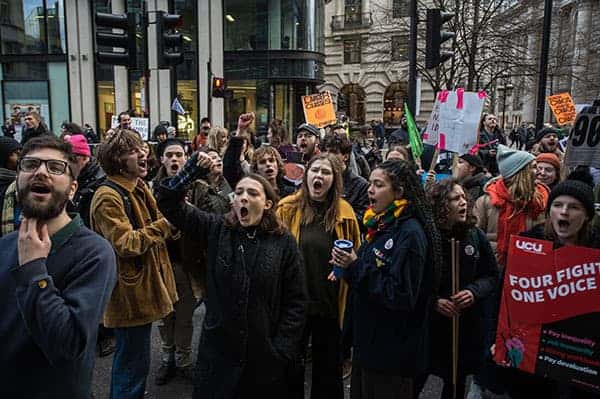 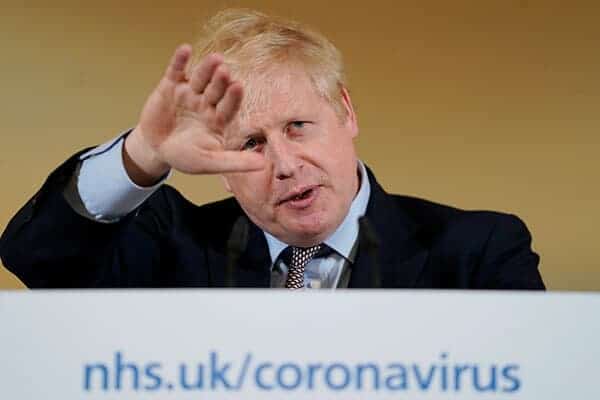 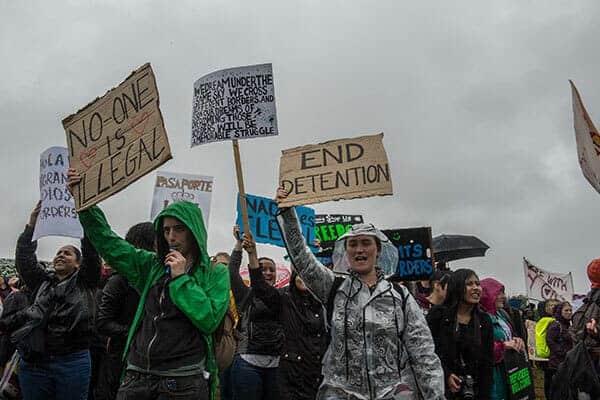 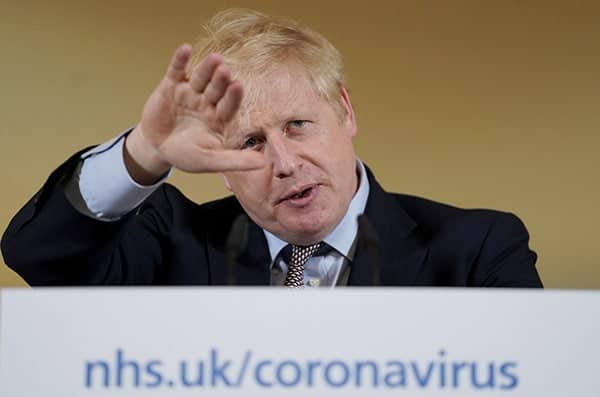 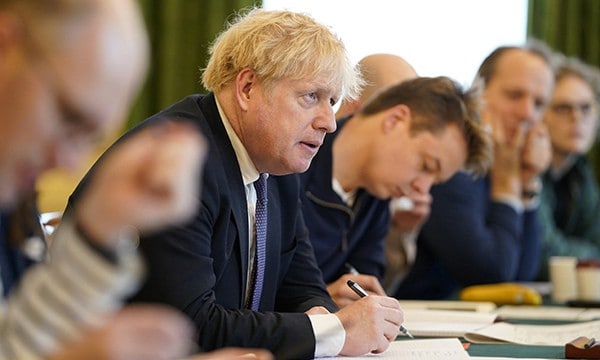 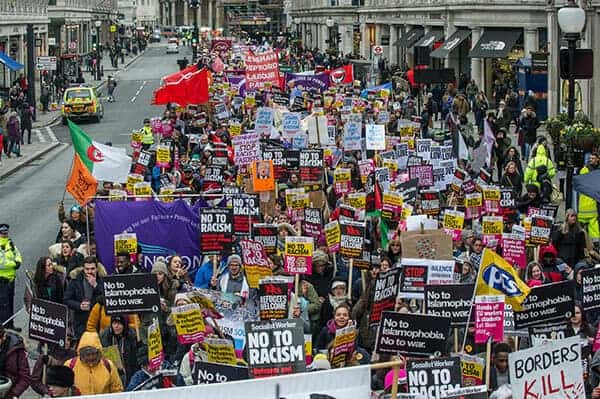 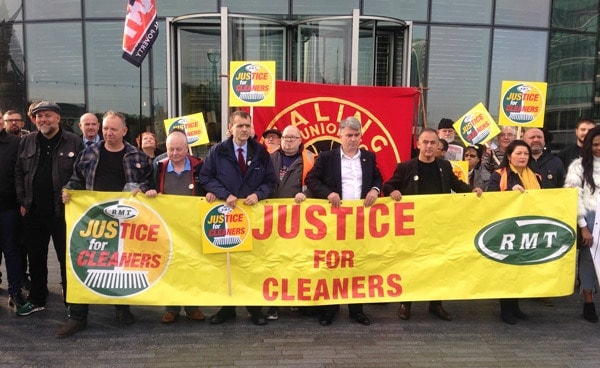 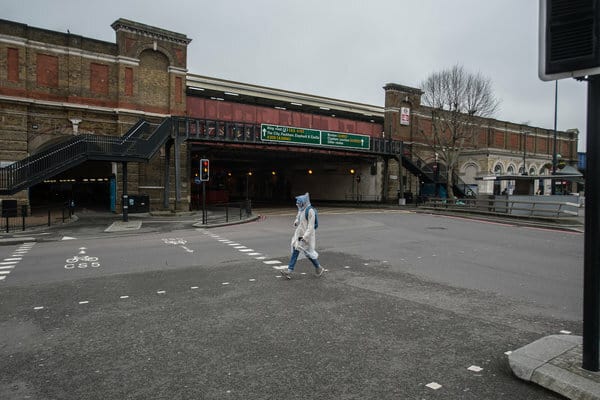