This article is over 6 years, 7 months old
An all-out walkout by homelessness workers in Glasgow has entered its ninth week—and has got council leaders running scared, reports Raymie Kiernan
Downloading PDF. Please wait...
Tuesday 26 May 2015

The tide may be turning in a battle being waged by Glasgow homelessness caseworkers against the Labour-run council.

The Unison union members are on all-out strike demanding the same wage as colleagues with similar responsibilities who receive up to £5,000 a year more.

They began their ninth week of an indefinite strike on Tuesday of this week.

Unison demanded the end of the use of support workers from charities and voluntary organisations to do strikers’ work.

It said, “It is ironic that a Labour council is fast-tracking the new anti-trade union laws being proposed by the new Tory government.”

A council spokesman tried to deflect criticism and claimed the meeting was “largely dominated by political agendas”.

A source told Socialist Worker that two Labour councillors present were told union funding to Labour could be cut off if the dispute wasn’t settled.

It transformed the mood of the meeting.

Bosses flipped from vaguely talking about coming back with ideas before the summer recess to promising an offer in writing.

Strikers expected a meeting to take place on Thursday or Friday of this week.

Unison steward and striker Stuart told Socialist Worker they were very clear on what they expect. “They must come back with an offer to resolve this dispute,” he said.

“The council have to recognise the homeless service is chronically under-resourced.

“They must recognise the work we all do. If they don’t, we’ll crank it up even more.

“There’s no chance we are going to be divided by them offering to regrade some but not others.” 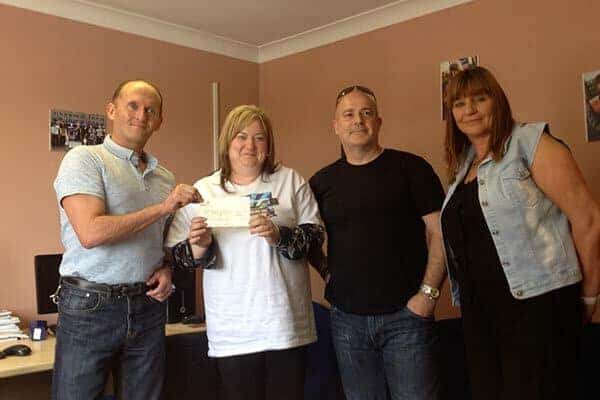 Pressure is building on Labour and the council bosses. They had claimed the strike has had no impact on the service workers provide.

Yet one Labour councillor told a Glasgow newspaper last week that the council “is finding it very difficult to fulfil its legal and statutory duties”.

He added, “I’ve been burned with trying to hold the council line at times, but not anymore.” It’s a revealing insight into the extent of Labour’s crisis in Scotland.

She was the first to respond to letters that strikers sent out after the election.

One striker described feeling “absolutely humbled” at the level of support. Pickets were boosted to up to three times their normal size.

A delegation was invited to South Yorkshire to meet trade unionists, do bucket collections, give talks and pick up cheques.

They were keen to reciprocate the solidarity they received during their 90-day dispute last year.

Strikers returned to Glasgow with over £500 and pledges of much more.

This week strikers left their normal picket lines to descend on the council’s headquarters.

They want to keep up the pressure and remain visible.

Unison holds its national conference in Glasgow in just a few weeks. It provides a massive opportunity to build more solidarity.

The dispute once more calls into question why the union is handing millions to a party that attacks workers.

Austerity has decimated the caseworkers’ service. Over 20 percent of jobs have gone and workloads, as in other services, have gone through the roof.

This will only get worse if there is no resistance to the coming Tory-led onslaught. A victory in Glasgow will boost every worker fighting cuts.