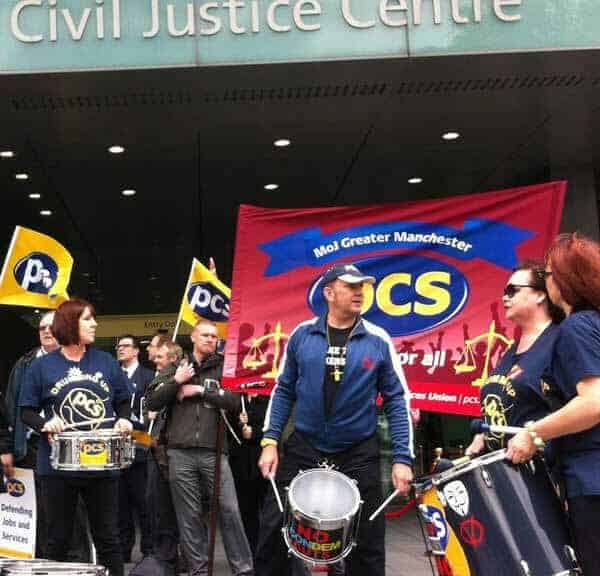 Some 16,500 civil service workers in courts and prisons walked out on Monday of this week, as part of the PCS union’s rolling programme of action.

In Manchester over 100 people joined a protest outside the Manchester Civil Justice Centre as workers struck for half a day.

Barristers and solicitors were joined by clients.

Security firms G4S and Mitie tried to break the strike by bringing in supermarket guards to work in the court.

Meanwhile some 13,000 members in the Ministry of Defence and hundreds of staff in the Forestry Commission also struck.

The strikes are part of the PCS’ three-month national campaign against cuts to pay, jobs and conditions.

They will coincide with the strikes of the teachers’ NUT and NASUWT unions in the north west of England (see Thousands of teachers prepare for new battle).

At their conference in May, PCS delegates voted to take national action at the end of June.

Many members were preparing to strike at the end of the month. But unfortunately these plans have now been dropped by the union’s executive.

There were talks over whether to strike for a full or half day, and regionally or nationally. General secretary Mark Serwotka proposed to drop the plans to strike.

Socialist Workers Party members on the executive argued to keep the strike, and to come out on the 27 June along with the teachers. But the vote was lost.

Serwotka said that he plans to keep trying to get other unions on board with the PCS campaigns.But now PCS members will be protesting outside their work hours.

“But we’re going to make the most of it. We’ve got big plans.

“In Oxford we’re going to have a tax teach-in with people from the local benefits justice campaigns.

“We also want to get teachers along on their lunchtime.”

Strikes would have involved far more of the membership in the workplaces on the day.

Some 800 branches are to be consulted about where to go next.

Kate added,“It’s important to be positive for the briefings that are coming up. We have to keep up the pressure to the NEC. We have to get strikes happening.” 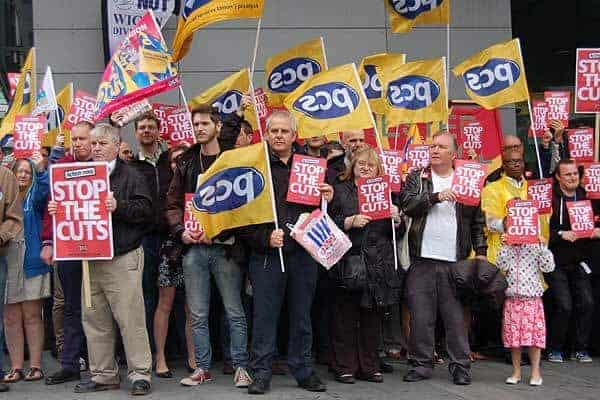