This article is over 16 years, 5 months old
Journalists at Coventry Newspapers voted to continue their all-out strike on Monday. The 43 members of the NUJ union have taken over 21 days of action over the last few months in their fight over low pay.
Downloading PDF. Please wait...
Saturday 20 August 2005

Journalists at Coventry Newspapers voted to continue their all-out strike on Monday. The 43 members of the NUJ union have taken over 21 days of action over the last few months in their fight over low pay.

Management had made conciliatory noises, but this wasn’t enough for the strikers. NUJ general secretary Jeremy Dear attended the strikers’ meeting on Monday and afterwards met management.

The strike is a vibrant affair, involving many young members in a newly recognised chapel (union branch) in a battle against the bad pay that characterises the newspaper industry.

Coventry Newspapers is owned by Trinity Mirror. The strike affected the Coventry Evening Telegraph, the Coventry Citizen, the Nuneaton Tribune, the Bedworth Echo and the Hinkley Times.

Barbara Goulden, the mother of the chapel at Coventry Newspapers, told Socialist Worker, “Trinity Mirror made £250 million last year. It increased its profits by 25 percent in Coventry. How can it say it can’t afford to increase pay?

“Our strike has embarrassed the company and highlighted the shameful pay we receive. We have made our voices heard.

“Coventry deserves the best journalism it can get. That is the only way democracy works. Many journalists move on to public relations work after only a couple of years in the job because of the level of pay. That does not best serve local people.”

Lucy Lynch, the secretary of the chapel, said, “The union chapel won recognition last year. This was our first pay round with recognition. It was the first time management had offered us any money to stop us going on strike.”

James McCarthy, the treasurer of the chapel, said, “Our strike has had a massive impact. The papers have had to cut advertising rates to fill the pages.

“The strike has brought everyone together. There has been a great feeling of solidarity amongst those who went out.

“We have made people aware of how little we get paid. Some people are starting on £11,000 a year. A company the size of Trinity Mirror can afford to pay much better.

“But it is not concerned about the people who work for it—only the shareholders.

“We have received a lot of support from other unions and other NUJ chapels—financially, by e-mail and by text. I would like to thank everyone who is supporting us.

“Reading the texts out on the picket line gave everyone a huge boost.”

One striker told Socialist Worker, “We’ve shattered a lot of myths about the world of professional journalism taking on Trinity Mirror in this strike.

“We are proud to have stood up against the company. Most of us are coming towards our late 20s. The strike has been a good bonding experience.

“We’ve had barbecues outside the office, organised marches, dressed up as Batman and Robin, and the Grim Reaper. We’ve got to know each other better. As the strike went on our conviction grew.” 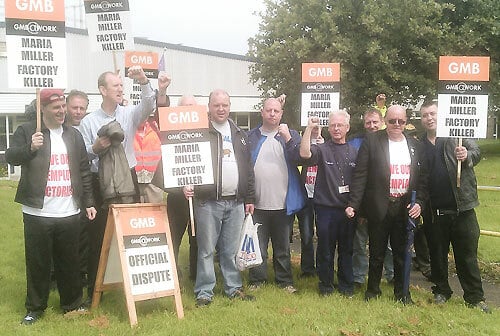 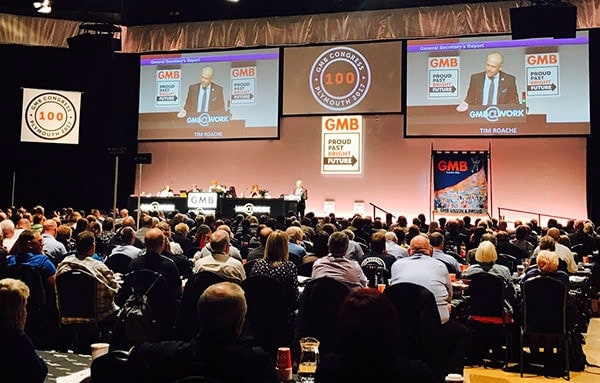 GMB congress is shaped by the looming election, but delegates slam the Tories